We regret to share news of the death of Elender Wall, a Berlin-based mezzo-soprano from San Francisco.

Elender had been open about her cancer and very positive, but a few weeks ago she learned that it had spread to her back, liver and lungs.  Two days ago she was hospitalised with an infection and today she died.

Aside from opera roles, she attracted media attention for a song cycle titled  The Poetry of Donald Rumsfeld.

Our condolences to her fiance, Chris, and many friends. 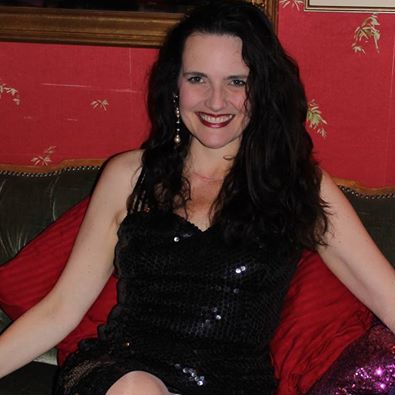 David has been concertmaster at the Met for 17 seasons. 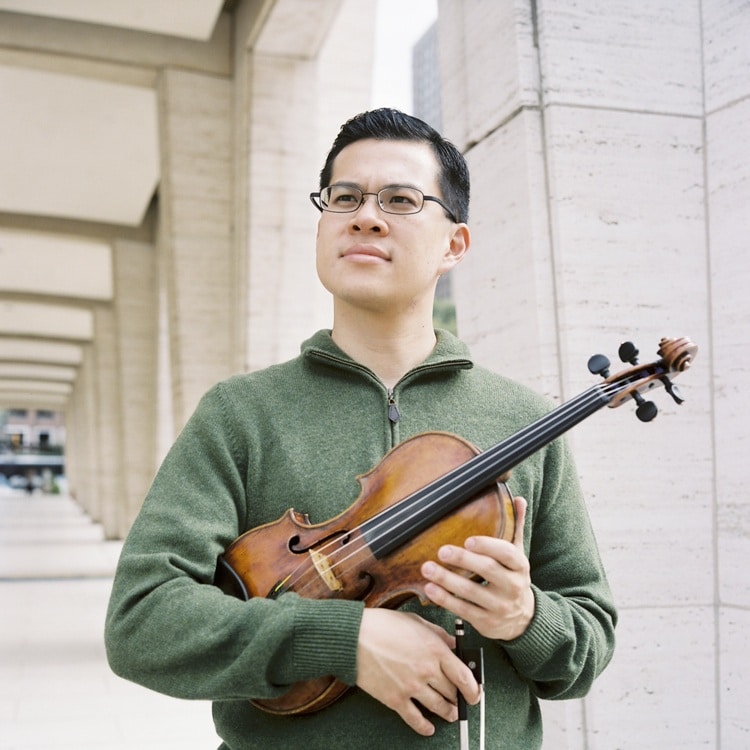 Montclair, NJ – The Montclair Orchestra has selected David Chan as its first Music Director, to lead the orchestra in its 2017-2018 inaugural season. The search process began in August, with nearly one hundred candidates from all across the globe applying to lead the development of the new ensemble.

Mr. Chan is the concertmaster of the MET Orchestra in New York, where he is in his seventeenth season as leader of that renowned ensemble. Widely recognized as a brilliant violinist and one of the leading musicians of his generation, Chan enjoys a diverse career as soloist, conductor, chamber musician, and teacher. His concerts have taken him to leading stages in North America, Europe, and Asia, appearing as soloist with such conductors as James Levine and Fabio Luisi. He is highly sought after as a chamber musician, performing regularly at the most prestigious summer festivals as well as throughout the New York City area.

Chan has a history of helping new musical institutions achieve instant success. In 2008, combining his interest in wine with his passion for music, he co-founded the Musique et Vin au Clos Vougeot festival in the Burgundy region of France. As artistic director of the festival, which pairs wine tastings with first-rate musical offerings, Chan has overseen the growth of the event from a small, intimate gathering to a two-week extravaganza attracting many of the biggest international names in music, such as Yo-Yo Ma, Charles Dutoit, Joyce Di Donato, Jean-Yves Thibaudet, Matthew Polenzani, Menahem Pressler, Cho-Liang Lin, Gary Hoffman, Marlis Petersen, and Ildar Abdrazakov.

As a conductor, Chan brings his long experience working in opera along with a broad knowledge of the symphonic repertoire and a fluency with the music of our own time. He has conducted at Musique et Vin, where the festival orchestra includes musicians from the Metropolitan Opera, the Berlin Philharmonic, and all the top orchestras in Paris; he also works frequently with the student orchestras at New York’s Juilliard and Mannes conservatories, as well as at the Pacific Music Festival in Sapporo, Japan. Next season his conducting engagements include l’Orchestre Dijon Bourgogne in France as well as concerts in South America and Eastern Europe, in addition to his commitments with The Montclair Orchestra.

“David has an incredible command of the intricate details of various genres of music, yet has the ability to make the music accessible and relevant to the diverse audiences The Montclair Orchestra seeks to engage,” says Andre Weker, President of the orchestra. “We are incredibly excited and proud that he has elected to help pioneer our vision as an organization, and engage new sets of audiences through his programming and collaborations with different organizations both directly in Montclair, as well as throughout northern New Jersey.”

Equally noted for his work as a teacher, Chan has been on the faculty of The Juilliard School since 2005 and the Mannes School of Music since 2015. His wealth of experience in teaching and mentoring younger players will be an enormous asset in developing an orchestra that blends professional players with students still in the process of honing their craft.

“I am deeply honored to have been chosen as the first music director of The Montclair Orchestra,” says Chan. “It is always exciting to participate in the birth of a new musical organization, and our goal is to bring not only the very highest level of music-making to the suburbs, but to offer concert experiences that are meaningfully different than what you find elsewhere, and in so doing appeal to new audiences. But above all, as a resident of northern New Jersey myself, I am thrilled to have this opportunity to give back to the community.”

It is reported that the Dutch pharmaceutical company Dagra Pharma has been giving doctors free samples of Bruckner Third in an effort to persuade the to prescribe MS-Contin, a morphine derivative.

The performance is by the Bavarian Radio Symphony Orchestra, conductor Rafael Kubelik. 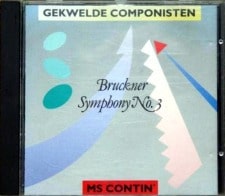 That’s what the Bush Grant for Community Innovation is worth.

This year’s winner is the South Dakota Symphony Orchestra.

We were awarded the Bush Prize because we are shifting the paradigm of what an orchestra can and should be. We think differently about how orchestras can engage in problem-solving by asking ourselves: “How do we use the orchestra to make our community better?” 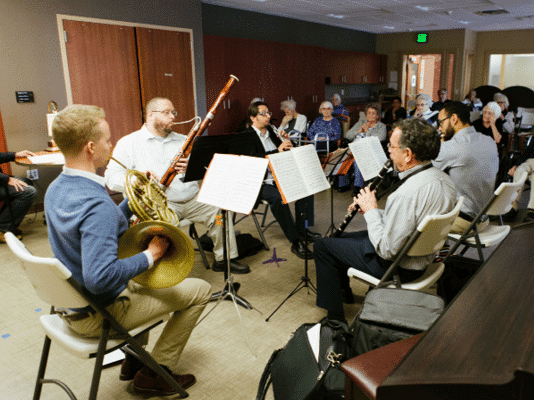 John Allison in the Telegraph:

Once a superbly incisive music critic but now long established as a best-selling composer, Michael Nyman is surely right to be satisfied with his career switch. While he continues to churn the stuff out to feed lucrative film and record contracts, no reviewer anywhere has ever earned enough to be fairly compensated for having to sit through a Nyman concert. It’s a cautionary tale, if nothing else.

It is, but not for the reasons Allison cites.

Everything about this opening paragraph declares prejudice and a closed mind.

So why review something you’re going to hate?

Cause of death is unknown.

Virginia Hepner, the Woodruff Arts Center chief who toughed out a pay war with the musicians, has told the board that five years is enough.

With the finances in better shape, she will be leaving in four months’ time.

Hepner, 59, says: ‘I’m a business person who believes in arts and culture.’

In an article on the Met musicians’ website, the incoming music director reflects on his predecessor:

I have a personal story to share: Back in 2009, many months before my Met debut with Carmen, I expressed a wish to perform the opéra comique version of Carmen (with spoken dialogue). Jimmy asked for a phone conversation with me. Of course, I was very impressed by this gesture, and I was looking forward to finally speaking with my hero! When we spoke, he told me that he understood my wish, but at the same time he explained why he thought that at the Met it was actually preferable to remain with the grand opéra version (with sung recitatives).

He did this in such a collegial way, infectiously convincing, that I was convinced by his arguments! Of course, at the end of the day, he was the Music Director, but most of his colleagues in such a position would have done this in a very different, much less collaborative way. He talked to me with a blend of experience and a genuine feeling of dialoguing between musicians, which I think tells a lot about Jimmy’s human qualities. 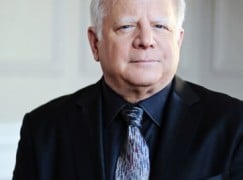 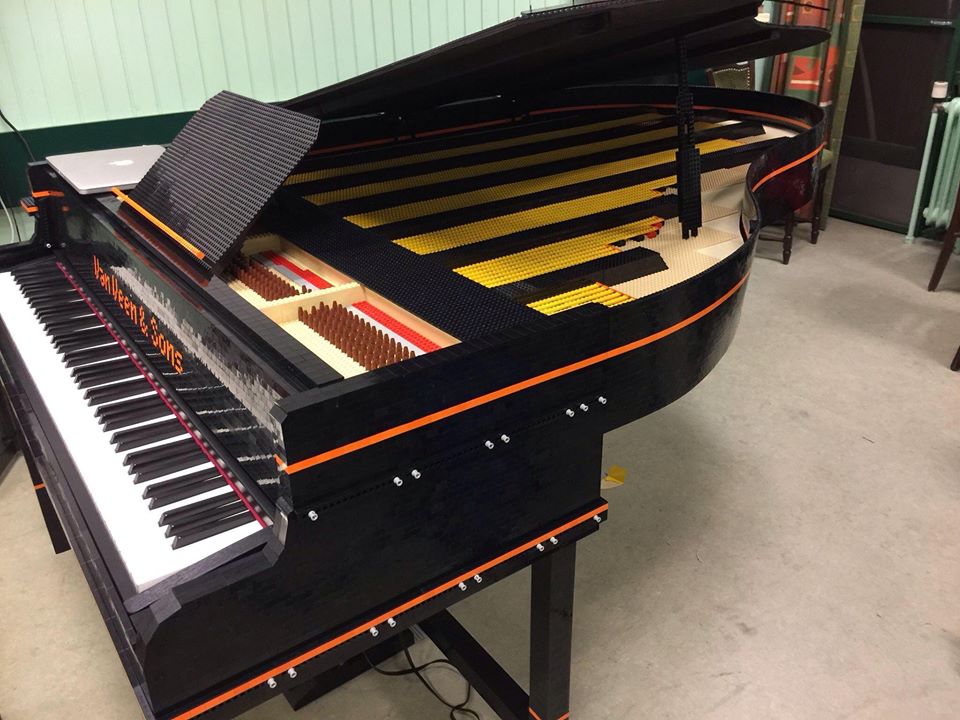 It has been on Dutch television so it must be real.

How long before Lang Lang comes by to play?

I can find nothing right about this Hallelujah tribute.

And the closing phrase? Absurd.

Earlier this year the Opera House at the Winter Gardens, Blackpool and Blackpool Council invited us to perform The Mikado in Spring 2017.

They have now asked us to postpone our planned schedule of performances next year with a view that these will take place in 2018.

Given that this is an important collaboration for us we have agreed to postpone our planned performances.

What this means is that ENO has to scramble extra work for its orchestra in Spring 2017, at very short notice.