There’s a Hebrew version, too. Nowhere near:

The Passionstheater at Oberammergau is staging Wagner next summer, apparently for the first time.

The Flying Dutchman will be conducted by the Latvian Ainars Rubikis and directed by Christian Stückl.

Orchestra is being imported from Munich. The chorus is local.

The London Symphony Orchestra has pumped up its pet biographer Richard Morrison to proclaim that its dream of a new hall is not dead, despite the Theresa May Government withdrawing its support.

The hall, a condition for Sir Simon Rattle becoming the LSO’s music director, was backed by the former Chancellor of the Exchequer, George Osborne, costed at £278 million and killed last Friday in a Downing Street press statement. The LSO read of its fate in a newspaper report.

Morrison writes today: Supporters of the project* are understood to be pinning their hopes on a wealthy individual who would probably be given naming rights for the new venue. This practice is common in the United States, which has the Walt Disney Concert Hall in Los Angeles and the Carnegie Hall in New York.

Come on, LSO, it’s over. This is not California. It’s cloud-cuckoo land.

A hall built in the wrong location and without a shred of public consultation was never going to fly, even if Brexit hadn’t happened and the world was squarer than we thought.

Like anti-Trumpers who can’t bring themselves to believe the result, the LSO needs to stop wasting energy on might-have-beens.

*Morrison’s supporters/sources appear to be the LSO’s Kathryn McDowell, the Barbican’s Nick Kenyon and the faceless Corporation of the City of London.

The budgets have been published for the commeration of the 250th anniversary of Beethoven’s birth in 2020.

A significant chunk of money will go to the composer’s birthplace, Bonn, which has been a bit of a ghost town since the government moved to Berlin. 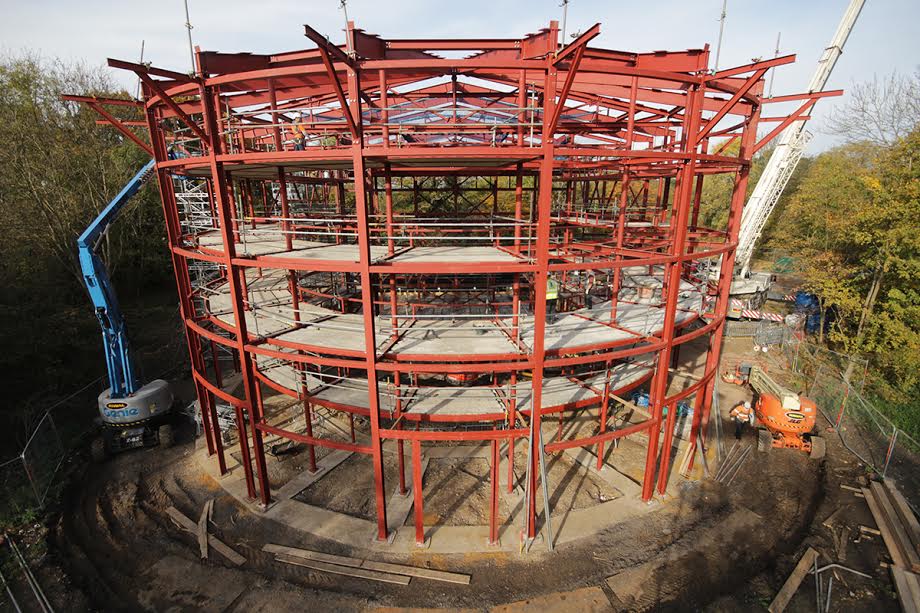 The new Grange Park Opera, going up at West Horsley Place, a 350 acre estate inherited by author Bamber Gascoigne from his aunt, the Duchess of Roxburghe, will have a topping-out ceremony tomorrow.

Modelled on the four-tier shape of La Scala, the house will stage its first opera in June 2017.

The Südwestdeutsche Philharmonie Konstanz has been included in a list of six national orchestras that will receive 4.5 million Euros in federal funding over five years to boost players’ salaries and maintain high standards.

The other orchs in the booster basket are in Bochum, Hamburg, Jena, Munich and Stuttgarter.

Konstanz is in an area of natural beauty and widespread poverty. 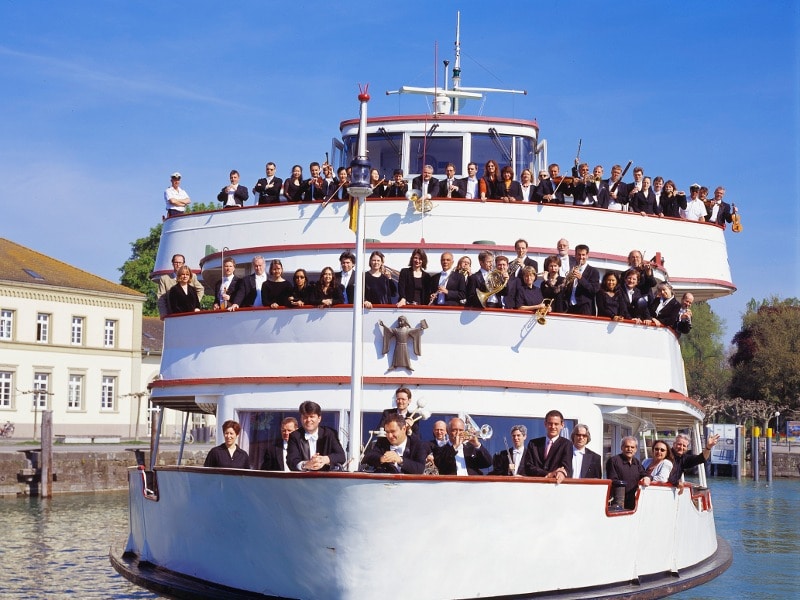 The classical top 20, that is.

His new Sony album Dolce Vita tops the charts. Nessun dorma – The Puccini Album is 4th. Du bist die Welt für mich is at 14, Aida at 17 and Andrea Chénier at 20.

Kaufmann is due to resume recitals this week after a two-month break with vocal injury. 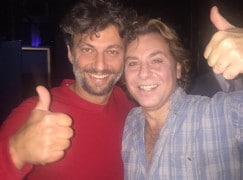 Harry Grodberg, solo organist of the Moscow Philharmonic for 60 years, has died at 88.

More than anyone, he re-established the art of organ playing in a secular republic. 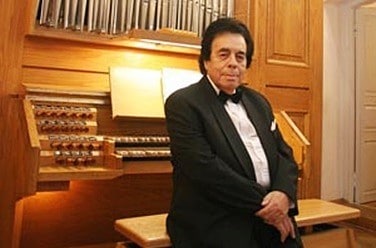 The Paul Hamlyn Foundation’s 22nd awards for artists and composers, at £50,000 the largest in the UK, go to:

Daniel Kidane (born 1986) is a leading young concert composer from London, whose work ranges from solo pieces to large orchestral works. His work focuses on themes of multi-cultural and multi-linguistic exchanges and how these shape our daily interactions. Among Kidane’s most notable compositions are Foreign Tongues (2015), which re-envisaged the setup of the string quartet, and Pulsing(2016), which explored the idea of migration through it energetic instrumental passages and vocal interludes.

Heather Leigh (born 1976) is a West Virginian, Texas raised composer and singer, based in Glasgow. She is renowned for her spontaneous composition and for redefining the pedal steel guitar. As a solo artist, she explores themes relating to the representation of women, sexuality and vulnerability, as showcased on her internationally acclaimed album, I Abused Animal (2015). She has an extensive catalogue of collaborative work, which in recent years has focused on her duo with German saxophonist Peter Brötzmann as heard on their album, Ears Are Filled With Wonder (2016).

Ailís Ní Ríain (born 1974) is a contemporary classical composer and published stage writer currently based in Yorkshire. From acoustic composition to music installations and music-theatre, her work aims to challenge, provoke and engage with new audiences in diverse spaces. Among Ní Ríain’s most recent compositions is Skloniŝte (2015), a solo accordion and video homage to the people who survived the Siege of Sarajevo 1992-1996. She has also completed notable commissions for the Royal Irish Academy of Music, The Bronte Society and Feelgood Productions with new commissions lined up for Spitalfields Festival and Manchester Opera Project.

I draw your attention to an essay I wrote for the late singer’s 80th birthday in September 2014, underlining the ethical values from which he drew sustenance and art.

Cohen’s lyrics hint forever at alternate meanings. His bird sits on a wire, perhaps the peaceful fence of a domestic property but also a front line, a prison camp, a place of extermination. In conditions of extreme privation and existential threat, Cohen sings of an inner liberation: “I have tried, in my way, to be free.” He described the song with customary duality as “a prayer, and an anthem”.

In “Story of Isaac”, he is nine years old and his father is building an altar, reversing personal history in a transcendent Freudian narrative. When Suzanne “takes you down”, she is performing several acts at the same time, only one of which is sexual.

“I can’t keep track of each fallen robin,” laments Cohen after a lucky episode of oral sex in “Chelsea Hotel #2”, the robin conveying so many things a man must lose, not least his bird on the wire. In these and countless other metaphors and metonyms, he draws strength — takes a yad — from his grandfather’s teachings.

Cohen’s take on sexual liberation has a consistent ethical foundation. The erotic is explicit in Jewish texts, whether in the prophet Hosea’s ragings at his errant wife (“let her put away her whorings from her face and her adulteries from between her breasts”) or the physical duties of husband specified in the Talmudic tractate Ketubot. Cohen sees no puritan partition between sacred and profane. In “Dance Me to the End of Love”, a decorous wedding song, he prays: “Oh let me see your beauty when the witnesses are gone/Let me feel you moving like they do in Babylon/Show me slowly what I only know the limits of/Dance me to the end of love.” The end of love is, in Cohen’s apparition, God’s ultimate gift to mankind.

It was a death he foretold to a mutual friend, in an email sent 30 days ago, on October 12.

He would have liked to be part of our project, Leonard wrote, but his strength was fading and he was confined to bed. And more, besides.

He did not need to write that letter. We knew he was gravely ill. But Leonard never left his lines unfinished. Seldom have I seen evidence of death faced with greater courage, certainty – and exquisite courtesy.

Aside from being his country’s greatest musician and the poet of our lives, Leonard Cohen was the kindest, most considerate of men. A mensch in a world full of monsters.

‘I am ready, my Lord,’ he whispered in what would be his final song.

Leonard Cohen died last night at the age of 82.

May his precious soul rest in peace. 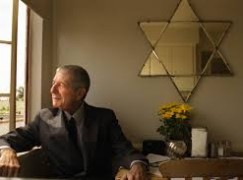 During the summer, he said this to David Remnick of the New Yorker:

What is on Cohen’s mind now is family, friends, and the work at hand. “I’ve had a family to support, so there’s no sense of virtue attached to it,” he said. “I’ve never sold widely enough to be able to relax about money. I had two kids and their mother to support and my own life. So there was never an option of cutting out. Now it’s a habit. And there’s the element of time, which is powerful, with its incentive to finish up. Now I haven’t gotten near finishing up. I’ve finished up a few things. I don’t know how many other things I’ll be able to get to, because at this particular stage I experience deep fatigue. . . . There are times when I just have to lie down. I can’t play anymore, and my back goes fast also. Spiritual things, baruch Hashem”—thank God—“have fallen into place, for which I am deeply grateful.”

And so, everlastingly, are we.