In his first work of criticism since suffering a brain injury 15 months ago, Tim Page shows in a single paragraph why he’s still one of the best. From his review of the John Cage Letters in the NYRB: 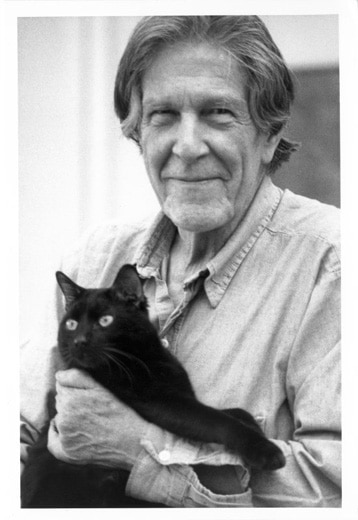 If I rarely listen to John Cage, I listen through him constantly. I teach a graduate course in writing about music at the University of Southern California. At some point, late in the semester, after the traditional exercises are finished, I ask my students to walk out into the sunshine, to find music of any kind (if they call it music, I’ll accept it as music), to write a couple of paragraphs about what they’ve heard, then to come back to the classroom and read their work aloud. The subjects may vary from the sounds of a guitarist playing under a tree to the tintinnabulation of the practice rooms to the sounds of fountains, birds, and the cars and buses turning from Hoover Street onto Jefferson Boulevard. After listening to the world for half an hour with music in mind and pouring the experience into a narrative, the students are eager to read, talk, dispute, defend, and wonder about the very nature of creation. Such a question is Cage’s gift to us and it is a very real one.

What ore do you need to know?