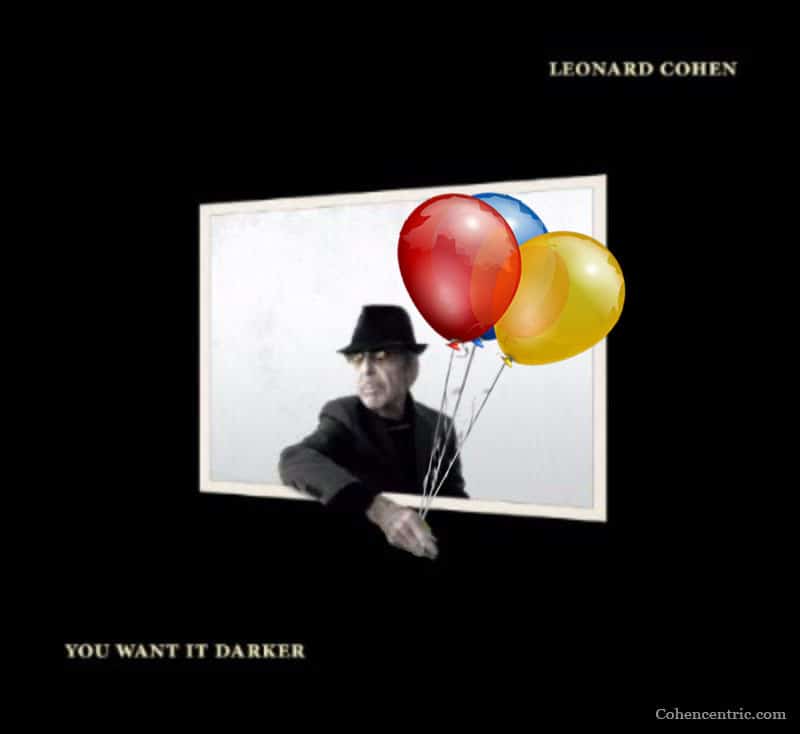 The email read: Can I visit your studio? Leonard (Cohen)

Montreal producer Howard Bilerman tells how he got to record ‘You Want It Darker’ with the legend that is Leonard Cohen and his local synagogue choir:

And so, this past winter Adam texts “Hey, is the studio free next week to work on a song of my dad’s?” And again, dear readers, I hope you will forgive me for another misunderstanding, thinking that what he meant was “I would like to record a cover of one of my dad’s songs.” The actual interpretation, it turns out was, “I am producing a record for my dad, and there’s a song that needs some overdubs. Would you and your studio be free to record them?”

Those overdubs were performed by Cantor Gideon Zelermyer and the Shaar Hashomayim Synagogue Choir (both Leonard’s great-grandfather, Lazarus Cohen, and his grandfather, Lyon Cohen, served as President of Congregation Shaar Hashomayim), singing on the title track “You Want It Darker.” A few weeks later, the same group sang on “Seemed A Better Way.”

« Pittsburgh Symphony: Why we won’t yield to the musicians