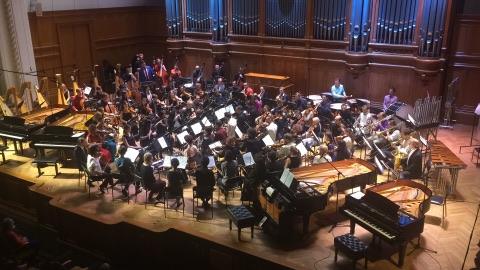 The conductorless orchestra is making a comeback

The first musical consequence of the Russian Revolution was the formation of Persimfans, an orchestra of equals that functioned without a conductor. It played for a decade, from 1922 until Stalin’s first purge.

The pianist Peter Aydou has formed the orchestra with 112 Moscow friends and put on a first concert this week in the Big Hall of the Moscow Conservatoire.

Here’s how the Parsifal overture sounds without a maestro.

Slipped Disc readers are the first to see these unofficial videos. Any thoughts?