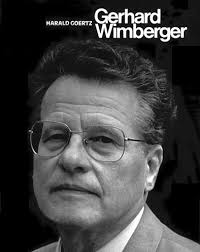 The composer Gerhard Wimberger, who has died at 93, was in charge of contemporary music on the board of the Salzburg festival during the late Karajan era, from 1971 onwards.

Safe to say, nothing that he commissioned frightened the horses in the Reitschule. Karajan conducted one of his suites.

Wimberger believed that Carl Orff and Arvo Pärt were proof that music need never stray outside the tonal frame. He was awarded the Austrian Composition Prize in 1967 and was professor of composition at the Mozarteum, 1969-91. He was also head of the rights collection organisation, AKM.