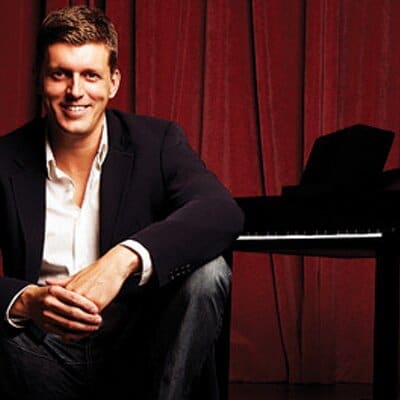 The festival has appointed Stephen McHolm, from Canada, to replace Christian Thompson, who is leaving to work full-time for the Orchestre National de Lyon.

October 19th 2016 / The Verbier Festival is delighted to announce that from 1 December 2016, Stephen McHolm will become Director of the Verbier Festival Academy (VFA) and Special Projects. Stephen is currently Artistic Director of the Honens International Piano Competition in Calgary, where he has served as artistic and administrative leader since 2004. Through his role at Honens, he has directed the competition, a festival and concert series, music education and outreach programmes, and has devoted a great deal of time and energy into nurturing and developing the careers of emerging concert artists. He is also a passionate amateur pianist.

Stephen McHolm says “Verbier is in so many ways the ultimate music festival and its commitment to learning has an incredible worldwide reputation. Indeed, two of the three most recent Honens Prize Laureates are alumni of the Verbier Festival Academy! I am honoured to be named Academy Director and very much look forward to leading it in to the future. I see the Academy becoming an essential rite of passage for any young concert artist.”

Martin T:son Engstroem, Founder and Executive Director of the Verbier Festival, says “The moment I met Stephen I knew that he was the right person to lead the Academy. He is very experienced and very respected in the musical world. He is also someone who has devoted much of his career to nurturing young musicians, and his passion and his values correspond very closely to our own.”

Stephen replaces Christian Thompson who, over the last twelve years, has enabled the VFA to become one of the world’s most important learning places for exceptional young musicians. The VFA’s reputation has been built on a commitment to excellence and creativity, an incredible faculty and a visionary approach to how young musicians can build a career in the 21st century.

« Gidon Kremer: To serve the arts means not to yield to the industry’s sharks