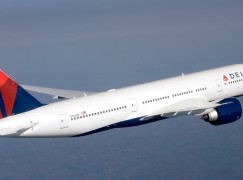 Delta, not the most musician-friendly of fliers, has donated a handsome $2.5m to help musicians in the Atlanta Symphony restore 11 permanent seats in the orchestra.

The gift takes the musicians’ appeal over the $25 million mark and will re-establish the ASO as a go-ahead ensemble.

The Delta Air Lines Foundation gift completes the Musicians’ Endowment Campaign nearly two years ahead of schedule. The Orchestra committed to increase endowment funding to restore 11 positions to the Orchestra by 2018. To date, more than $25 million in funds have been committed to the Musicians’ Endowment Fund and nine musicians have joined the Orchestra over the past year. The two newest members of the Atlanta Symphony Orchestra are Samuel Schlosser, Principal Trombone, and Gina Hughes, Piccolo and Flute. Auditions are ongoing and additional positions will be announced as they are filled.

To recognize the generous gift from The Delta Air Lines Foundation, the Principal Tuba Chair, held by Michael Moore, will be endowed and named The Delta Air Lines Chair. The named chair is a fitting tribute to Moore, who is celebrating his 49thseason with the Atlanta Symphony Orchestra.

« How did Canada get all the best talent?