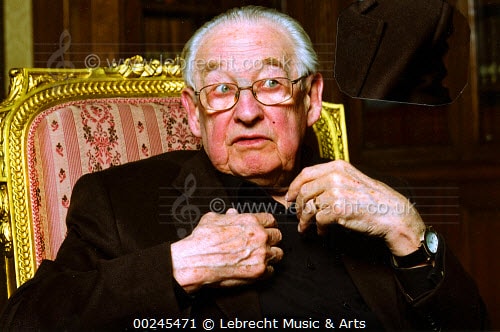 Andrzej Wajda and his troubled maestros

The great Polish film director, who died today aged 90, had a hypersensitive ear for music and its social role.

In a prolific and taboo-breaking life in which he made films about the Russian massacre of Poles at Katyn and about Polish anti-semitism, Wajda found time in 1980 to make a small, award-winning portrait, The Conductor, about a Polish maestro-in-exile, played by Sir John Gielgud. It captures to the last nuance the frustrations of musicians whose lives are derailed by politics.

In one of his earliest films, Kanal (1956), the hero is a composer who is trapped in Warsaw under Nazi bombardment.

Wajda discovered Wojciech Kilar, who set the tone in Polish film for half a century. He also worked extensively with Andrzej Korzyński.