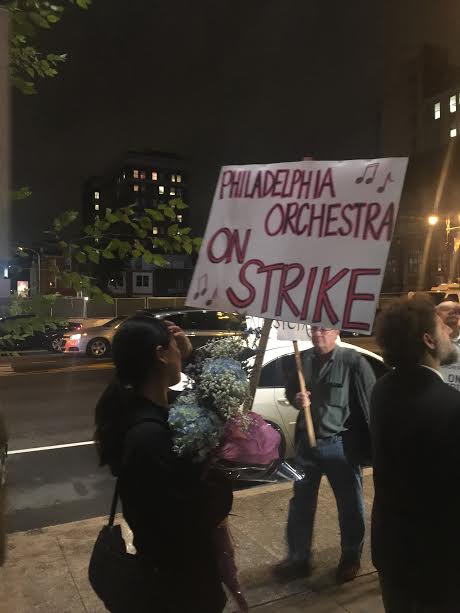 A fourth US orchestra is heading for a strike

Now the Pacific Symphony is heading for walkout.

Santa Ana, California
October 26, 2016
The Musicians of the Pacific Symphony have unanimously rejected the employer’s recent contract offer and reaffirmed the strike authorization they had previously granted to their union leadership. Bob Sanders, President of Orange County Musicians’ Association, Local 7 of the American Federation of Musicians states “Our bargaining team wanted to reassess the position of the bargaining unit with their full knowledge of where the parties stand at the present time. The orchestra offered its support resoundingly.”

Local 7 and Pacific Symphony management have been bargaining since July to renew their Labor Agreement, which expired August 31, 2016. At issue is the musicians desire to have a predictable schedule, a guaranteed annual wage, and a contract that increases work offered. Pacific Symphony, the nation’s 22nd largest symphony orchestra by size of annual budget, currently operates with annual expenditures of approximately $20 million while providing less work and a lower wage for musicians than any other large orchestra around the country.

According to Local 7 bargaining committee chairman and Pacific Symphony violist Adam Neeley, “Pacific Symphony musicians, when compared with their colleagues who play in orchestras of similar size and scope, are the only orchestral musicians in the country who don’t have the assurance from year to year of a fixed schedule or annual wage. While our employer has offered a form of annual service guarantees, the offer on the table fails to grow work in the coming years, leaves musicians guessing when they might be called for services, and would leave the musicians exposed to possible cost-saving cuts.”…

The parties have no bargaining dates set. According to Neeley, “we will perform the upcoming concert with the Pacific Chorale out of respect for our longtime relationship with them. After that, we cannot ensure how much longer we can continue to perform without a contract. We feel strongly that these serious concerns must begin to be addressed.”

« Lufthansa’s new rule: Pay to take your viola on board