A bassoon titan has died, at 90

Barry Stees of the Cleveland Orchestra informs us of the death on Monday of K. David Van Hoesen, long-serving principal bassoon of the Rochester Philharmonic and an Eastman teacher whose students sit in every major US orchestra and teach at most leading conservatories. He knew all there was to know about bassoon.

Just listen to his splendid solos in this William Schuman piece: 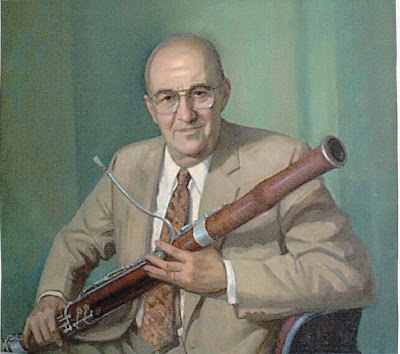 He also played 64 years in the Lake Placid Sinfonietta, the longest known tenure of any bassoonist.