The French baroque conductor Emmanuelle Haïm, who is directing the Vienna Phil at the Lucerne Festival, has been talking about the melting ice-cap: 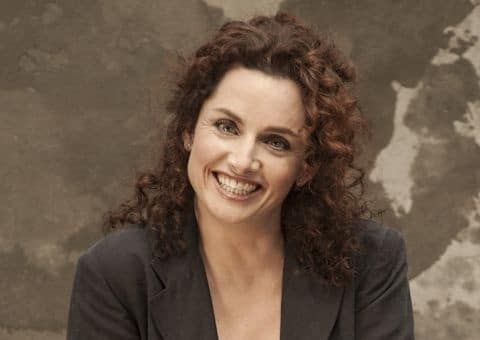 ‘The conducting world is not easy for a woman, and certain situations are more difficult than others. Definitely, when I am asked by an orchestra to conduct them, I want to make sure that the request comes from the players of the orchestra, that it’s not imposed on them, and that they want to have this kind of experience. Because if not, then I’m not interested in coming; I’m not interested in fighting when I already have plenty of things to do. You also have to accept, as a conductor, that not everybody is going to like you, and this might not be because you are a woman. I try not to think about it and come as I am: I happen to be a woman.

‘Also, I think society is changing and progressing. If we think back, when my father died when I was five, women in France were just allowed to have a bank account, sign a contract, or make a cheque on their own. That seems to us extraordinary, no? So, I think the lives of tomorrow’s generations are really going to be quite different. The young people are building a new model and I’m just one of those who are perhaps opening the big doors for the future, which I don’t think men are against.’

« Welsh mezzo beams her arias to Silicon Valley and back

Now a star tenor is on a weight-loss fundraiser »