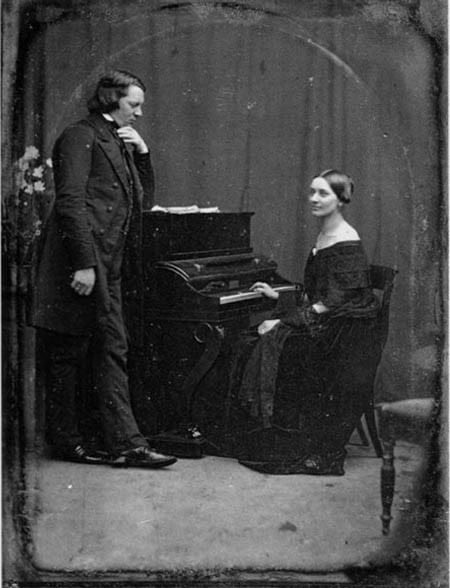 The spirochete that killed Schumann

It is widely accepted that Robert Schumann died of the effects of tertiary syphilis, a disease he contracted while very young, possibly from his father’s household maid.

Amid renewed discussion of Schumann’s condition, Dr George Dunea, editor of the Hektoen journal of medical humanities, gives an up-to-date assessment of the evidence.

Schumann’s illness has given rise to considerable controversy, continuing even after his medical records emerged in 1991 and were published in 2006. His history of mental illness was an embarrassment to the Nazi authorities, whose laws mandated compulsive sterilization of schizophrenics and manic-depressives, giving rise to the claim that he had hypertension leading to vascular dementia. But surviving records indicate otherwise. In his diary he wrote that ”in 1831 I was syphilitic and treated with arsenic.” It has been postulated that he may been infected as a student. Less credibly, that he caught the infection from his sister (who had a chronic skin disease and mental problems) perhaps by contact with wet towels or sharp objects – so-called syphilis innocens.

A fourth US orchestra is out of contract »