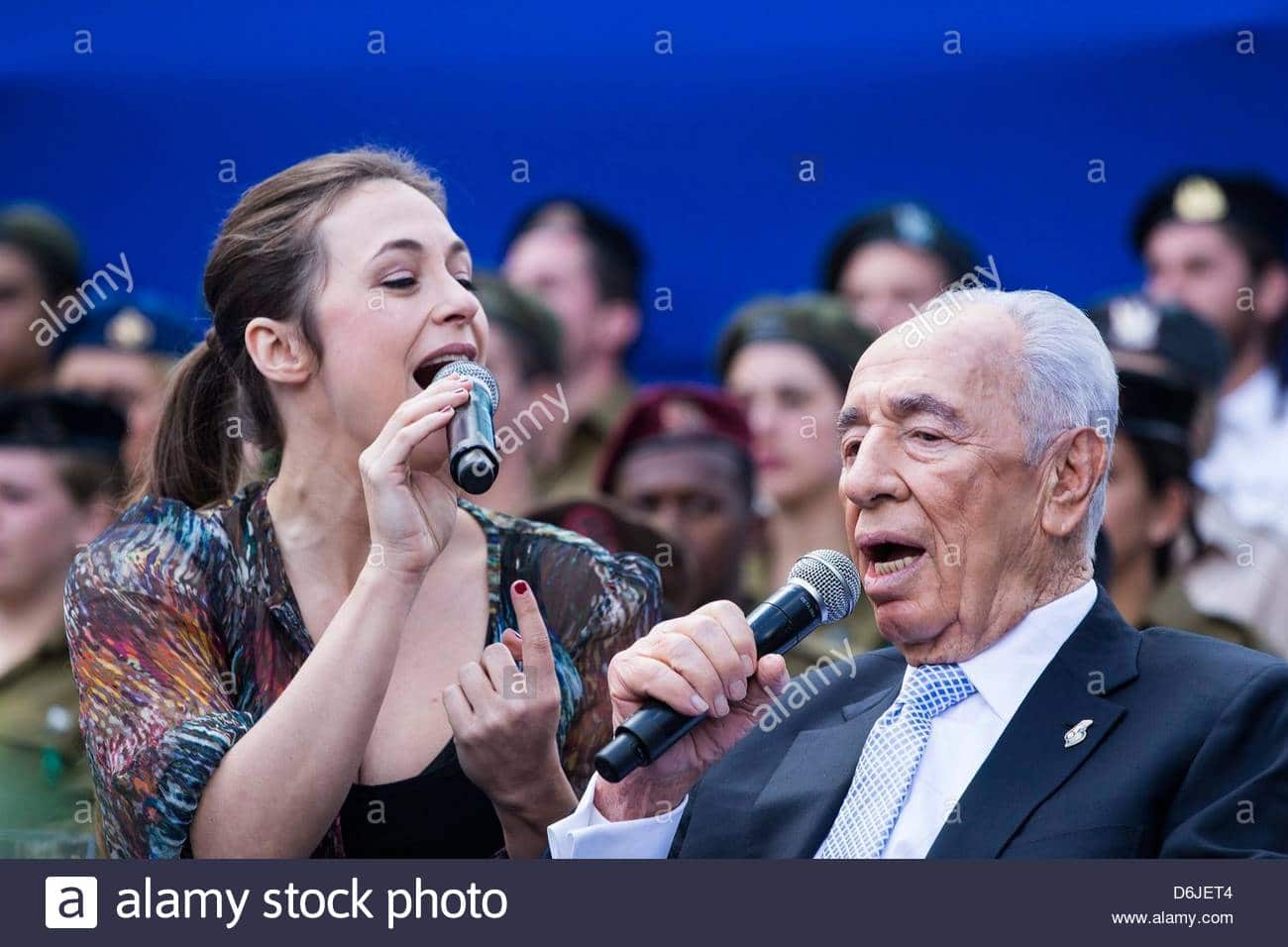 The singing side of Shimon Peres

If there is one thing that made Shimon Peres happy it was people coming around to sing to him.

The former Israeli prime minister and president, who has died at the age of 93, spent the last third of his life pursuing a peace settlement with the Palestinians. His efforts were widely applauded.

On his 80th birthday, Bill Clinton turned up to sing Imagine (he gets a solo around 1:30).

On his 90th, it was Barbra Streisand.

Earlier this year, an a capella group:

And there was a bold attempt by the late Ofra Haza to get him to join with his political arch-enemy Binyamin Netanyahu in the Hebrew song ‘You and I will change the world’.

As a young news correspondent, I had some dealings with Peres. Unfailingly polite, he gave me a lift back to Jerusalem from David Ben Gurion’s 85th birthday party at Sde Boker, deep in the Negev.

Peres, a cultured man, was so easy to talk to.