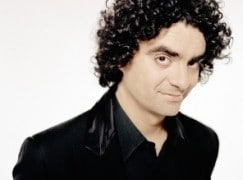 Rolando Villazón has withdrawn from Mozart’s Don Giovanni this month and next, citing illness.

His understudy Paul Appleby, a Met Young Artist, steps in as Don Ottavio.

Villazón was the prime draw in a cast that features Simon Keenlyside in the title role, Hibla Gerzmava as Donna Anna, Malin Byström as Donna Elvira, Adam Plachetka as Leporello and Kwangchul Youn as the Commendatore.

It would have been Villazón’s first appearance in a Met Live in HD screening.

Tim Page: How I lost my fear of death »