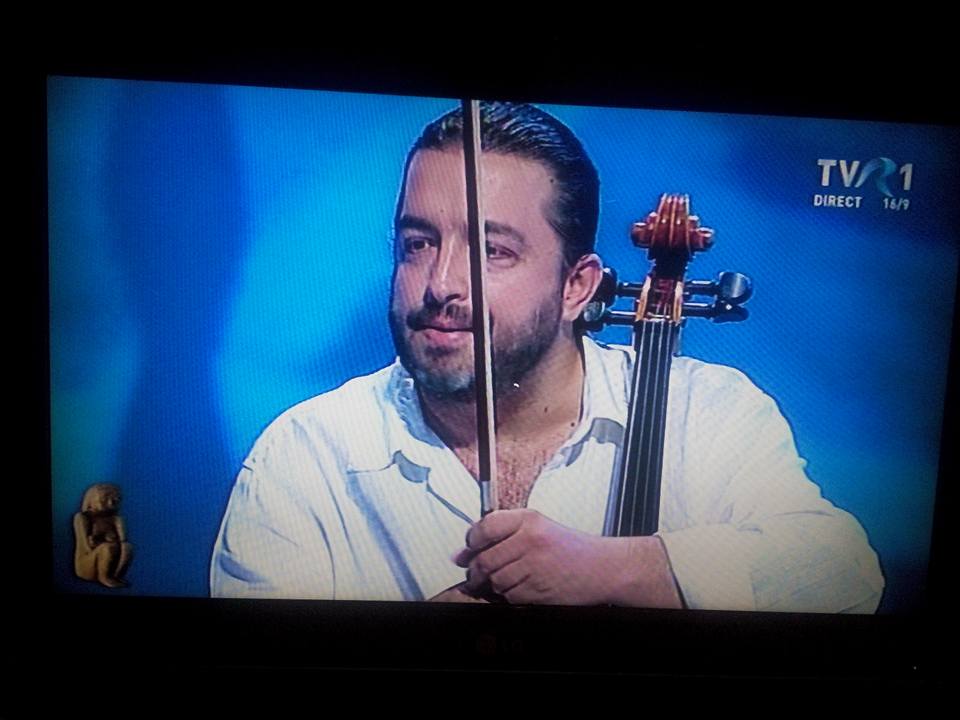 There are two versions of what happened here.

Adrian Naidin, solo cellist of the Bucharest radio orchestra, says masked police on a drugs raid burst into his apartment early Wedneday morning. Panicked, he jumped from a first floor window, broke a finger in his right hand and was taken to hospital. He maintains the police mistook his address for a neighbour’s.

The police say they got the right address and found 500 grams of cannabis and 5 grams of cocaine.

Whatever the outcome, Adrian has cancelled his concert on October 10.

He says: ‘I am in the hospital because of police incompetence. This morning, a masked intervention patrol of the police raided one of my neighbours. Unfortunately, the police officers got the wrong door and thought that my apartment’s door gives them access to a haven for drug addicts, so they broke it and entered my place.’

« Australian is opera director of the year