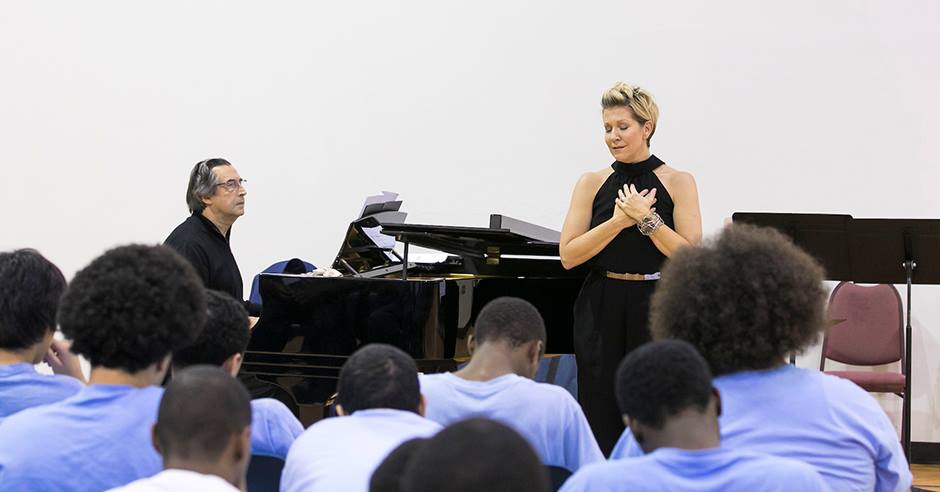 Earlier this week Riccardo Muti, music director of the Chicago Symphony Orchestra, played piano at a recital for more than 60 young men, average age 16, at the Illinois Youth Center, Chicago.

A Todd Rosenberg photograph of the event has just been released (right-click to enlarge it).