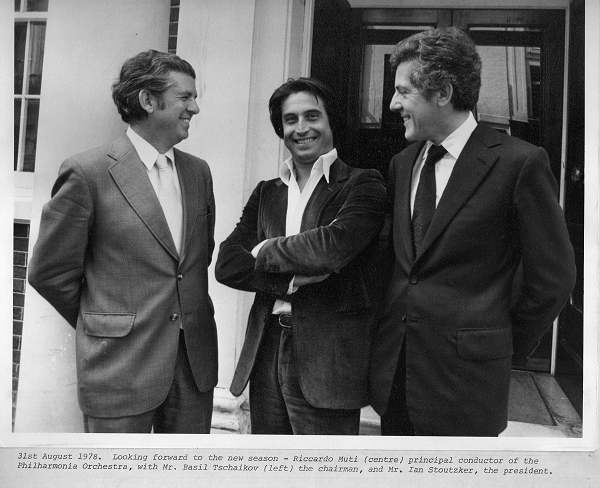 We are saddened to report the death of Basil (Nick) Tschaikov, former Director of the National Centre for Orchestral Studies and for many years a stalwart of London’s orchestral scene.

Nick, who died on Wednesday, had been fading away unhappily in a nursing home. He was 91.

He went on to become Director of the National Centre for Orchestral Studies and a wonderful teacher.

Here‘s a memoir by the rock musician Rick Wakeman:

My clarinet professor, a wonderful man called Basil Tchaikov, a fabulous player. I went to his lesson one day and he said “What’s troubling you?” And I told him. I said “I don’t know what to do. I’ve got a real problem. I’m doing all these sessions. I’m learning an awful lot. I’m playing with all sorts of different people. The doors are really opening for me in that area. But I’m now getting offered so many sessions that it’s starting to interfere. I’ve been skipping a few lectures, things I haven’t been able to get to. I just don’t know what to do.” I said “I’m frightened if I finish the course, which is another year and a bit, then those doors might close.” He said to me, “What you need to do is go and empty your locker. Walk out of the Royal College Of Music. Walk across the road.” Right opposite the Royal College Of Music is the Royal Albert Hall. He said “Walk up the stairs of the Royal Albert Hall. Do not look back. Walk around the Royal Albert Hall and go That’s where I want to be. That’s my next step.” And I said “Yeah!” And he said “And don’t come back.”

Nick’s autobiography, The Music Goes Round and Round is fully readable now online. It appears that both of his grandfathers were Jewish musicians. One was second clarinet in the Concertgebouw in Amsterdam.

He is seen here in 1978 with the Philharmonia’s music director, Riccardo Muti and its financial supporter Ian Stoutzker.