Rampaging AskonasHolt say they have captured the Scottish violinist.

Nicola has been with boutique manager Charlotte Lee from the start of her career.

Charlotte broke away from IMG last year with a clutch of violinists – Itzhak Perlman, Joshua Bell and Benedetti – and other artists. We hear Charlotte will continue to manage her in North and South America, although AH disguise this in their announcement.

The part of Nicola that has moved is her Europe and Asia management, which used to be with Elaine Armstrong of Emblem Artists. The main bit stays with Charlotte. 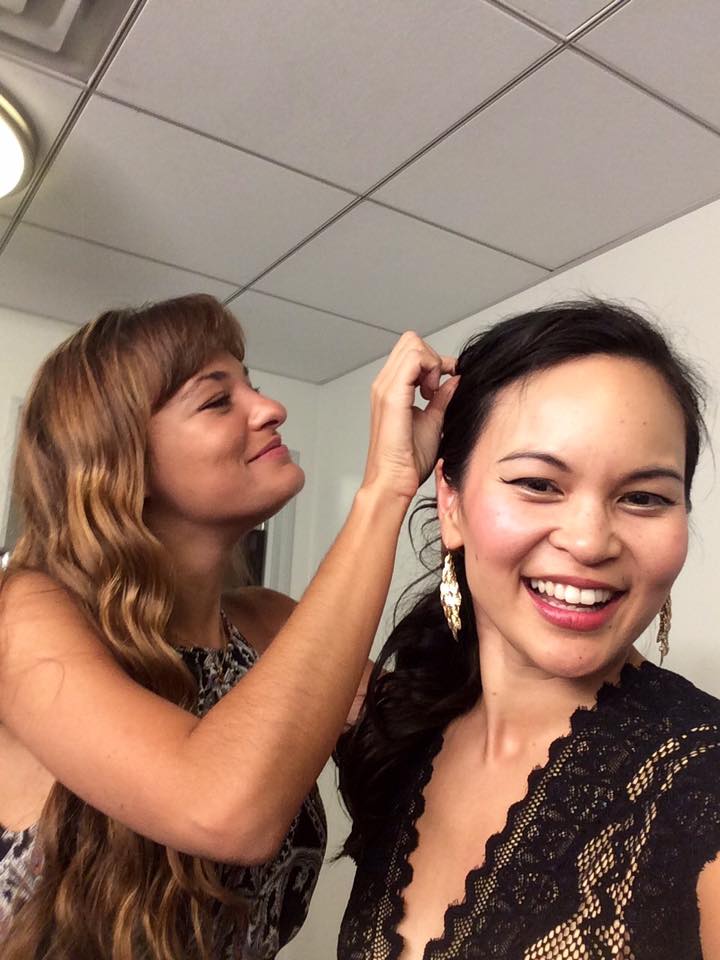 Nicola and Charlotte, a few weeks ago.

Nicola is a leading violinist of her generation and works with many of the world’s most renowned orchestras and conductors. On Friday 23 September Nicola opened the London Philharmonic Orchestra’s 2016/17 season with Principal Conductor Vladamir Jurowski. Nicola and Askonas Holt are excited to be starting working together in a season which includes debuts with Gustavo Dudamel in Venezuela and Michael Tilson Thomas and the San Francisco Symphony, Gothenburg Symphony and the Leipzig Gewandhausorchester. Further highlights include performances with the Israel Philharmonic, Frankfurt Radio Symphony, City of Birmingham Symphony, Royal Scottish National Orchestra, Scottish Chamber Orchestra and Toronto Symphony amongst many others. This season will also see the continuation of the premiere performance circuit of the Wynton Marsalis Violin Concerto written for Nicola with Netherlands Radio Philharmonic and National Symphony Orchestra of Washington, D.C.

A passionate advocate for music education and for the development of young musical talent, Nicola complements her work on the concert platform with her associations with schools, music colleges and local authorities. Nicola works closely with Sistema Scotland, is an ambassador for BBC Ten Pieces and BBC Young Musician, Vice President of the National Children’s Orchestra and was recently announced as Patron of the Music in Secondary Schools Trust (MiSST). Nicola has also developed her own outreach and education initiative entitled The Benedetti Sessions that give hundreds of aspiring young string players the opportunity to rehearse, undertake and observe masterclasses culminating in a performance alongside Nicola.

Donagh Collins, Chief Executive at Askonas Holt, commented ‘We are thrilled to welcome the amazing Nicky to our family and I’m sure this will be a wonderful partnership. I’m looking forward to playing my part in the next phase of her career.’

Nicola will be managed at Askonas Holt by Rupert Chandler. Nicola joins Askonas Holt from Emblem Artists, after the relocation of her former manager Elaine Armstrong to Australia, who will continue to represent Nicola in Australia and New Zealand as Emblem focuses its specialism on the Australasian territory.

Appeal for Tanglewood player who has gone missing in New York »