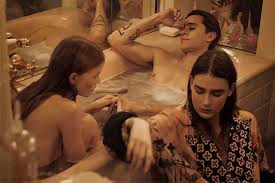 An Italian, Luchino Visconti, brought Gustav Mahler to media attention by using the Adagietto from his fifth symphony as the theme music for his film Death in Venice, in 1971.

It was perfectly suited to the film’s themes of love and death and it reflected the fact that Thomas Mann had modelled its central character, physically and temperamentally, on Gustav Mahler, whom he knew and revered. Mann and Viconti respected the man and the music.

Does anyone known which orchestra is playing on this corruption?

UPDATE: Apparently, it’s Alain Lombard with the Orchestre National Bordeaux Aquitaine. An old recording, and not one I had heard before.

ENO turns in despair to the movies »