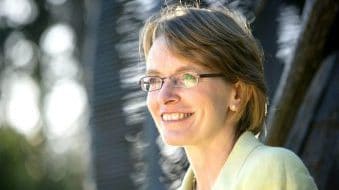 Today’s announcement:
The Fellows of Trinity College are delighted to announce the appointment of Hilary Boulding, Principal of the Royal Welsh College of Music and Drama, as their next President, in succession to Sir Ivor Roberts, with effect from 1 August 2017.

Ms Boulding says, ‘I am honoured to have been offered this important position at one of the leading colleges of Oxford University.   Trinity is well placed to build on its significant achievements during the presidency of Sir Ivor Roberts and I look forward to playing a full part in its future development.’

Hilary Boulding was previously Director of Music for Arts Council England and before that was a producer, director and latterly a commissioning editor in arts broadcasting for the BBC.   She is a non-executive director of Welsh National Opera.  She is a graduate of St Hilda’s College, Oxford.

Ms Boulding’s husband, John Summers, is chief exec of the Halle Orch in Manchester. He’ll be looking at the cost of season tickets.

« Fort Worth strikers are losing the media war