On September 25 there will be concerts across the US in support of an end to gun violence. A classical section is being rallied by Musicians Against Gun Violence in America with classical musicians sounding off at the following locations.

Go support them if you can. 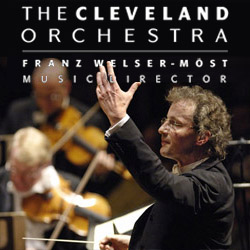 Cleveland, Ohio: At U.S. Bank Plaza in Playhouse Square, 12:30pm. Performers include musicians from the Cleveland Orchestra, from the Cleveland Orchestra Chorus, from the Cleveland Institute of Music, from Classical Revolution Cleveland, and from Quire Cleveland. (Below is a fuller list of performers.) The program features a mix of classical and popular numbers, many of which will be on the themes of  peace and remembrance. The concert is hosted by Jeff Kurkjian, host of “The Jeff Show” on Q104, and Angela Mitchell, assistant producer for WCLV Classical 104.9. Both hosts also perform on the program. Mitchell is a board member of the Ohio Coalition  Against Gun Violence and is organizing the event.

UPDATE: We have been asked to clarify that Musicians Against Gun Violence in America  is one of dozens of organizations banding together under the banner of the Concert Across America to End Gun Violence.