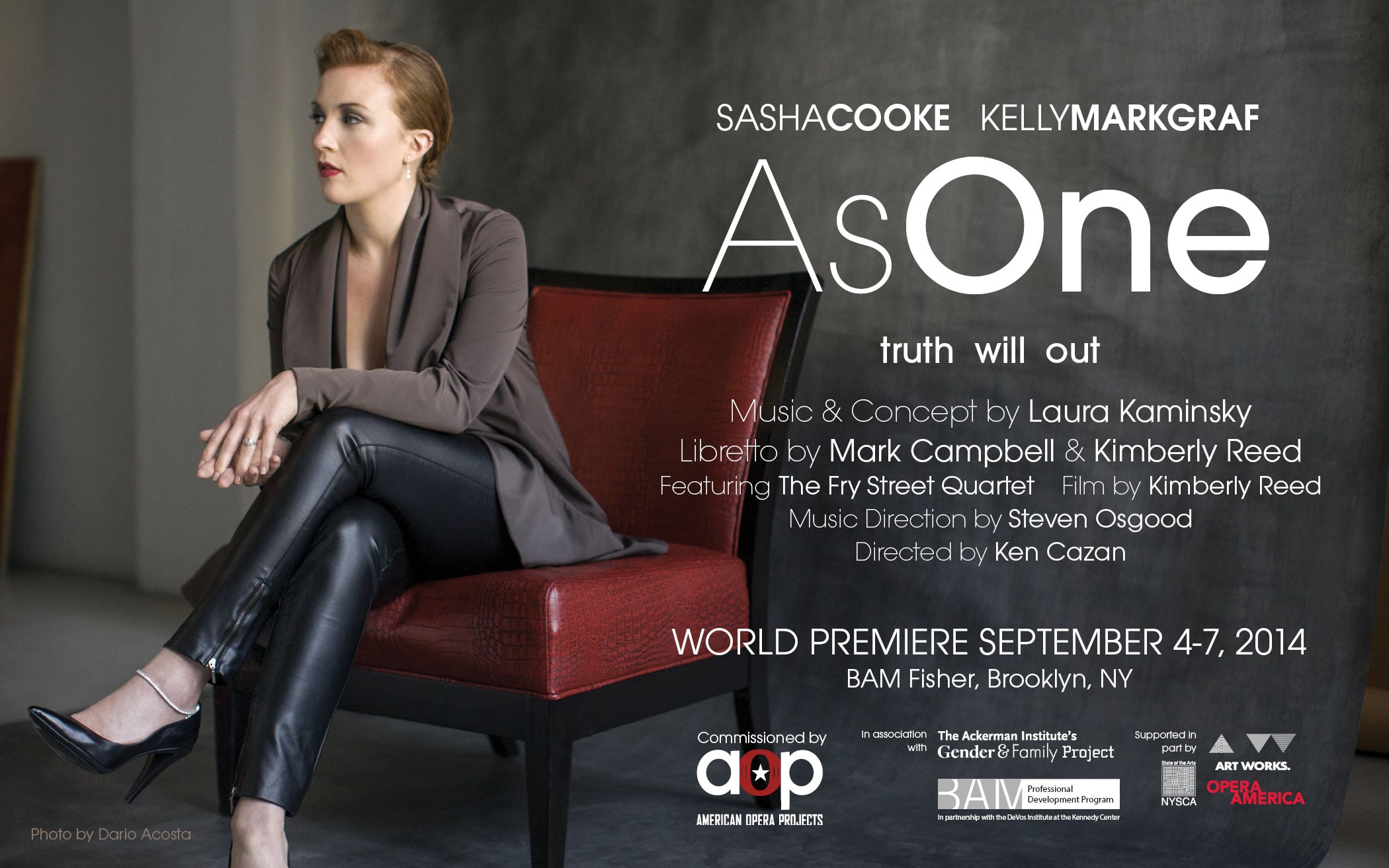 Seattle Opera’s upcoming As One, follows a person in gender transition.

Award winning filmmaker and librettist Kimberly Reed (Prodigal Sons), and award winning librettist Mark Campbell(Silent Night) created the powerful story for As One. Laura Kaminsky, a former chair of the music department at Seattle’s Cornish College of the Arts, composed the piece, which premiered in 2014 at the Brooklyn Academy of Music. In this 90-minute opera, the single protagonist, Hannah, is portrayed by two singers—a baritone and a mezzo-soprano. Hannah before is sung by Jorell Williams, praised by The New York Times as “magnificent” and “rich toned.” Hannah after will be sung by Taylor Raven, a rising star currently in residency with Pittsburgh Opera.

Throughout the course of 15 songs, the audience will experience Hannah’s challenges growing up in a small town on the West coast, her quest for knowledge and understanding, and her discovery of the trans community. The opera embraces humor and heartbreaking realities within this personal narrative. While Hannah before is faced with violence, Hannah after names those who did not survive similar attacks. At the end of the opera, the protagonist finds peace, as well as her own self-acceptance and love, in rural Norway.

(Looks like we missed the world premiere at BAM, below.)

« GoFundMe gives its own cash to help Fort Worth musicians

Tomorrow, Simon Keenlyside is back where he left off »