It’s not clear from first reports if these are average salaries or entry-level.

The orch is in the middle of a music director search. 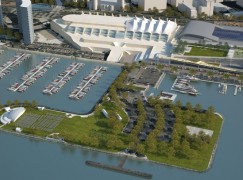 I have just heard Elena Bashkirova perform a trio by Galina Ustvolskaya with Alexander Sitkovetsky (violin) and Chen Halevi (clarinet) – an experience so marvellous and bewildering that I had to take a walk afterwards to clear my head.

The music is just as confusing to the musicians, apparently simple on the page but with bold rhythmic diversions and sheer silence, infused with a rage that musty have been as much personal as it was political.

Ustvolskaya lived a hermit life in Leningrad, refusing to open her door to visitors. The student closest to Shostakovich (he wanted to marry her), she was devoutly religious and completely unafraid. Ten years after her death, her music is only now beginning to be understood. You must hear some.

It so happens that her piano concerto is the Lebrecht Album of the Week. 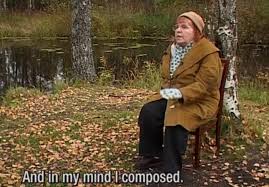 There is no love lost between Japan and South Korea.

Today, the Korean conductor Myung Whun Chung, hounded out of the Seoul Philharmonic by political enemies, was named music director of the Tokyo Philharmonic.

To our audiences in Japan, and in many venues in Asia where we have toured with Maestro Chung, we are also especially grateful to you for making this deepening relationship possible through your enthusiasm and passion for our music. From the bottom of our hearts, and on behalf of the TPO Honorary Music Director, Maestro Myung-Whun Chung, we thank you!

Poldark returns to BBC1 on Sunday with accompaniment from the brand-winning pianist. Press release below.

As Anne Dudley notes: “One of the thrills for a composer is having great musicians play your music.  When one of the most famous and brilliant musicians in the world wants to play your work, then joy is unconfined!  Lang Lang brings an impressionistic, virtuosic sheen to the Poldark theme and takes it to a whole new dimension.”

Lang Lang added: “I am delighted to be part of this major event in British television drama.  Anne Dudley’s music has a special ability to conjure up the passions and emotions contained in this epic tale and it was a real pleasure to work closely with her on this exquisite new work for the piano”. 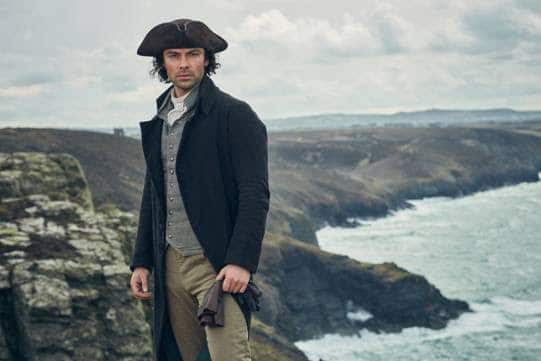 Anthea Kreston of the Artemis Quartet, our weekly diarist, is left wondering what fits where. 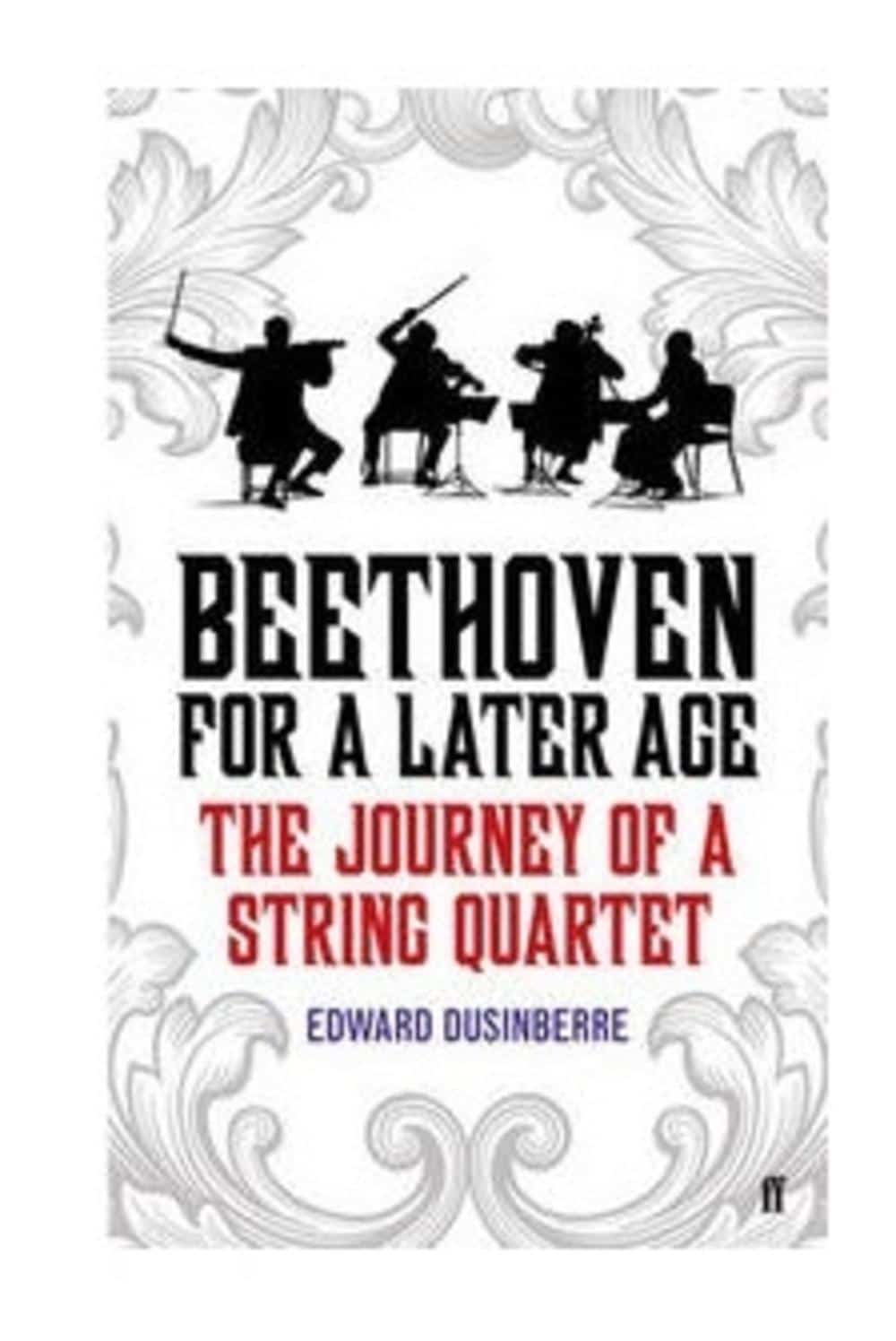 In the mail this week was the book “Beethoven for a Later Age, The Journey of a String Quartet”, the book by the first violinist of the Takács Quartet – sent my my father-in-law.  As I read it, the contrast between my path and Dusinberre diverges. As with most quartets, the Takacs chose a new member who was quite a bit younger than themselves – around 20 years younger. Part of the idea is that the person is fresh, easily moulded and not jaded.  Perhaps another is that they are not tied down by family, financial worries or obligation.  Another thought is of the energy level and longevity of the group.

In my case, I was surprised that the Artemis contacted me for an audition – I would be the second oldest member of this quartet – with a family to take care of (read: exhausted and distracted), and with (probably) lots of music ideas which were staid and inflexible. But – as I have mentioned before – this quartet is open-minded. Many of the other applicants did fit the mould mentioned above, but they still wanted to see what I was all about. After the audition, they said “there were a handful of men, younger than you by many years, who didn’t even come close to your energy level and flexibility – you clearly are a natural learner and have energy to spare”.  I do have a never-ending supply of energy (sometimes to a fault), and in this case it worked to my advantage.

So – to Playmobile. I think, at 23 years old, entering a string quartet is like playing Playmobile. You can be any character, have a full scenery set-up or have nothing but yourself, and the game is complete. When you are 23 and in a quartet, it is just about you, and the world around you can and will shift dramatically as you grown older. I knew I would not have this kind of flexibility when I moved to Berlin. I would be moving with an extended structure – each piece of the game set and related to one another.

I thought it would perhaps be like Legos – the variety of pieces like Playmobile, but with a more solid set-up – pieces can lock together and form a foundation. A base can be built, and if something goes wrong with any of the 4 main characters (my immediate family) and their part of the structure falls, the base remains, and always grows stronger and taller together, easy to rebuild. There is less free-play than Playmobile – less fantasy – but the pay-off is a solid building.

But – this analogy is not the case. Our lives here are much more similar to Jenga.  We try to build a solid square structure (financial, educational, home-life, nutrition, reliable/inflexible schedule, 4 different but co-existing paths), only to take turns taking away a brick here, a brick there, and when the structure crumbles, no solid base remains. Constant rebuilding from square one. Start again. Rebuild with confidence. Come back each time with renewed optimism. 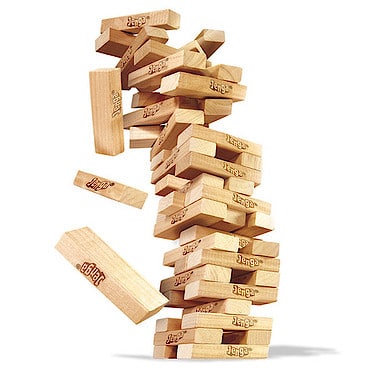 The pieces of Jenga are all identical. There is no fantasy besides what you put into it. All perfectly uniform beige wooden blocks, stacked into a tall tower. Each member then takes turns removing a piece, trying not to make the tower crumble. Each piece is precariously balanced on the other, and a complex web of interrelated gravity-influenced pieces try to stay together. This is what it is like here. No puzzle piece is more or less important than the other. My concert in Vienna is equal to our daughter’s contents of her lunchbox that day. Jason’s ability to get in his daily minimum of 1.5 hours of practice is as important as whether our youngest had enough “jumping time” that day. When one person has a strong day, another person’s setback can destroy the entire day. Rebuild every night. Our oldest daughter loves school, but our younger daughter now misses her sister and feels weak and sad.

Maybe, in time, our Jenga game will be replaced by our Legos, and then, eventually, by Playmobile. We brought all of these games with us to Germany, but for some reason, our favorite family game is a very loosely-structured Clue.  Go figure.

The former music director of Opera Omaha has been sent to prison for one to two years for stealing $113,000 from his mother, who has dementia and lives in a care home.

John C. Gawf resigned from the opera on July 18, two weeks after the case was made public. He took the money to feed a gambling addiction, he said, expressing great remorse.

The musicians’ contract with the Pittsburgh Symphony expires Sunday night and both sides are maintaining confidentiality but the showdown is following the recent pattern of hardball negotiations in US orchestras.

The organisation – known as ‘management’ – issues an apocalyptic financial analysis to the local newspaper. Cue Peter Gelb at the Met, and before him the English sock-puppet at Minnesota.

The musicians form a separate social media entity, showing themselves to be vital contributors to the local community as educators and entrepreneurs, undervalued by their employers.

The music director says nothing.

Everybody gets caffeinated. It goes to deadline.

There has got to be a better way.

The chief dramaturg of the Berlin State Opera, Jens Schroth, died on Wednesday of cancer at the age of 43.

Schroth, who had been with the Staatsoper since 2006, was pivotal in the planning and presentation of operas. A composer himself, he taught at the Hanns Eisler academy and cultivated close relations with Germany’s leading creative personalities.

There is widespread shock and sadness at his untimely passing.