Friends of Mark Allen McCoy have announced his death last night. The cause was colon cancer.

Mark became music director of the Loudoun Symphony Orchestra, Virginia, in 1998 as the age of 33. He also directed the Heights Chamber Orchestra, and the Baltimore String Orchestra Camp.

In a short life, he influenced musicians at every level of proficiency. 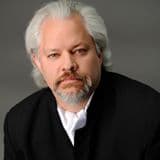