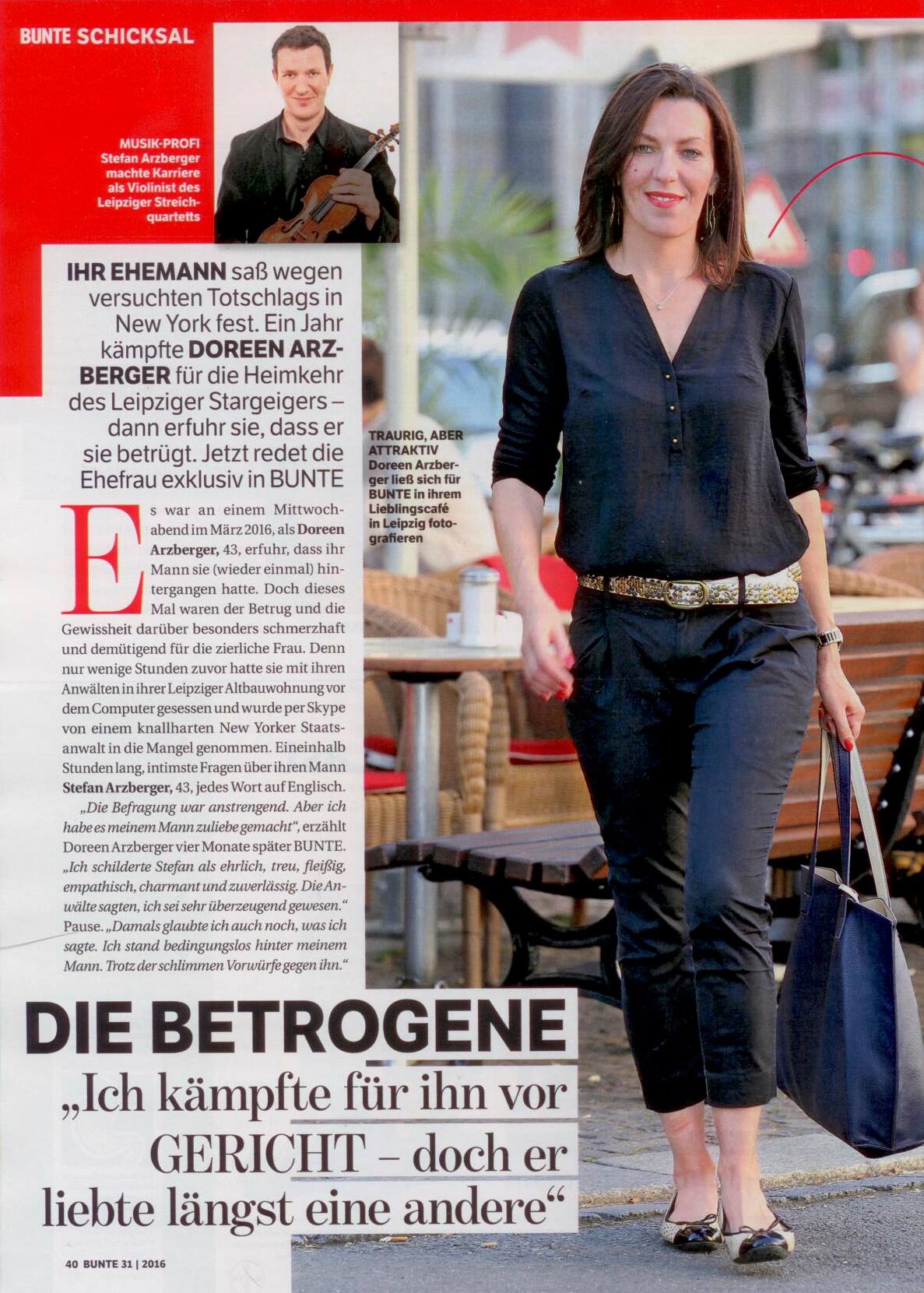 German tabloids have been following Stefan Arzberger, former first violin of the Leipzig String Quartet, since his return last month from New York, where he had been detained after an incident in a hotel.

Stefan, 43, was accused of rampaging naked through the hotel and attempting to strangle a fellow-guest in another room. He was granted bail but could not leave the country. Friends, colleagues and his wife, Doreen, raised funds for his upkeep and preserved his morale until the case was settled.

Now Bunte magazine has published an interview with Doreen saying their marriage is over.

Stefan’s former colleagues in the Leipzig Quartet have tweeted: Very romantic to finish a marriage by a simple Whatsapp message.

Clearly, all is not well in that relationship either.

UPDATE: Stefan Arzberger has requested us to clarify that the article was not authorised and his wife had not informed him of it. We are happy to oblige.

« Opera of the Year (2): The one that builds its own instruments