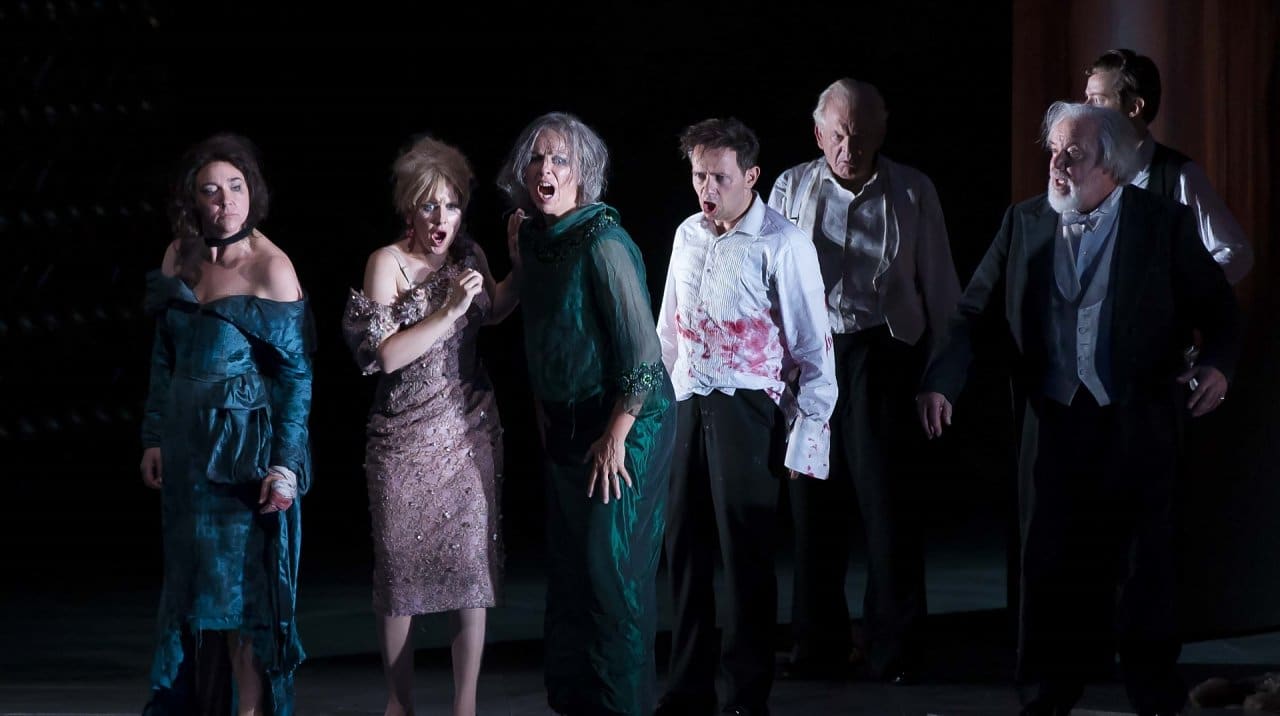 Opera of the Year (3): A dissenting voice amid Ades raves

Igor Toronyi-Lalic, arts editor of the contrarian Spectator and a notable advocate of advanced modern music, went to Salzburg for The Exterminating Angel.

His review breaks ranks with the massed British hallelujahs, attacking Ades for not being daring or modern enough in his score.

It is a fine review:

Such is the sadism of the vocal score, you don’t immediately realise this is an all-star cast (Christine Rice, Iestyn Davies, Thomas Allen, John Tomlinson…). The work prohibits showing off. It also shouts what is meant to be whispered. In the film, as the tale turns feral, the voices turn inward, so that by the end it is hard to know what is being said and what is being dreamed. No possibility of confusing the two in this production. Vocally everything is bellowed; visually too. Legibility — in Hildegard Bechtler’s set designs, in Tom Cairns’ direction for Salzburg Festival — flattens Buñuel’s subliminal hints and winks.

Worth reading in full, here.

It’s just one person’s view, of course, and Igor is a very good kicker against the pricks.

(Myself, I opted for the seaside rather than Salzburg, having been put off by Ades’s previous opera, The Tempest, which seemed to do all the things an opera ought to, without ever actually becoming an opera.

Also, one man’s view. I will see the Exterminator in London next spring.)

Life in a string quartet: No time to shop or cook »