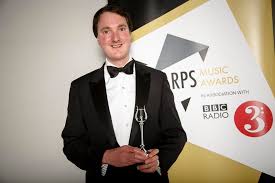 The Philharmonia announced this morning that it had failed to identify a successor to managing director David Whelton, who is retiring next month after nearly 30 years.

As an interim measure, joint principal trumpet Alistair Mackie will manage the company until a suitable candidate is identified.

Horn player Kira Doherty will chair the board in his absence.

This is not a brilliant outcome.

Five months ago the Philharmonia released its inventive director of Creative Projects James Williams to become manager of the rival Royal Philharmonic Orchestra.