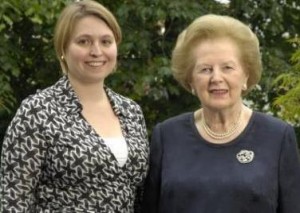 The Culture Secretary said: ‘Liverpool – and the UK – punches way above its weight for Culture, Media and Sport’ and that it was ‘a privilege to be here at the Philharmonic.’

Speaking about the importance of the arts and outlining her plans to increase access to arts and culture, she cited Liverpool Philharmonic’s In Harmony Liverpool as an example of an incredibly successful project.

‘That is only possible thanks to expert tuition. You can’t get better than the Liverpool Philharmonic and their teachers and musicians have made a huge difference.’

In Harmony Liverpool was established in in 2009. From initially working with 84 children in its first year, In Harmony Liverpool now has a weekly reach to 720 children aged 0-17 and their families in 2016, all taking part in orchestral music-making of the highest quality every week, free of charge, in and out of school.

‘We were delighted to welcome the Secretary of State to Liverpool Philharmonic today to make her maiden speech in the City.   The cultural sector creates the highest quality art, of global significance. And also, and as importantly, is working at a deep level within local communities, able to profoundly affect the social and educational health of towns and cities; in Liverpool Philharmonic’s case through programmes such as In Harmony Liverpool.

‘Liverpool, recently achieving status as England’s first UNESCO City of Music,  recognises culture as fundamental to its future success as a place in which to invest, live, work and study and the potential of partnerships to support it for many years.  Our colleagues and partners across the sector are keen to work with DCMS to provide whatever help we can to ensure that culture has its right place on the national agenda.’

« His and Her publishers for Mr and Mrs Composer