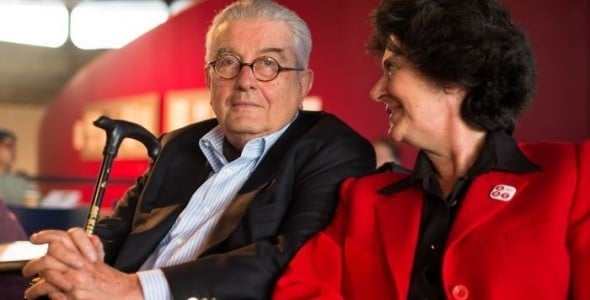 Death of a youth benefactor

Franco Buitoni, founder with his wife Ilaria of the Borletti-Buitoni Trust, died in Italy on August 16th. He was 82.

The Trust supplies one of the most important kick-starts to the careers of young musicians. Its beneficiaries include Khatia Bunitishvili, Shai Wosner and the Danish String Quartet.

The Trustees and colleagues of the Borletti-Buitoni Trust are deeply saddened to announce the death of Franco Buitoni (82) on 16th August 2016 in Italy.
He was a man of great integrity who loved and supported the arts, particularly music, all his life.

Our heartfelt condolences to his widow Ilaria Borletti Buitoni, who founded the Trust with Franco.
He will be fondly remembered and greatly missed.

Happy event for the Barenboim family »