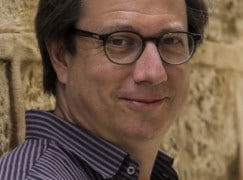 David Stern: My father would have been proud of this competition

In the wake of sceptical reports of the judging process in Slipped Disc, the competition co-chairman has issued this response, which we are happy to publish verbatim:

When we were approached with the idea to start a competition in the name of our father, my siblings and I wanted to ensure the project would reflect the best of Isaac Stern’s legacy: musicianship, communication and artistic integrity. Music making is not a competitive sport, and a competition like this must be more than a showcase for empty virtuosity. In line with my father’s lifelong philosophy and devotion to his art, I endeavored to include chamber music, the creativity of requiring individually composed cadenzas for the G Major Mozart concerto, and a repertoire that would consist of a wide spectrum of stylistic understanding. The performance of a significant work of the Chinese canon obliged the participants to have broader respect for non-Western music. In today’s music world young musicians face huge challenges for them to be recognized, and an important event like this one must serve this new generation of musical talent while striving always for the highest artistic level. After much hard work and planning, I can honestly say that my father would be proud of both the process and the intent behind it.

The finalists of the Shanghai Isaac Stern International Violin Competition represent a remarkably high level of artistry, and we, the jury and the entire Competition organization, stand behind these finalists with great pride.

We took three steps to ensure transparency and fairness in the voting process: 1. All scores for all eliminated competitors and eventually the winners as well will be open to public scrutiny, which is an unprecedented level of transparency in competition voting; 2. All performances are live-streamed and archived for anyone to watch; 3. All teacher/student relationships were disclosed in applications and published in student biographies, and at no time was there any discussion between the jury members.  It is very clear that the published results from the jury so far reflect the unimpeachable fairness exhibited in the voting in every round. I am convinced that any qualified jury at this high international level would have arrived at the same conclusions in judging these fine contestants. This voting system has been completely open and fair.

Great students work with great teachers, and we have both in the jury and competitor pool. Through the live-streaming and archived performances, we invite the public to view these fine, young musicians in this highly rigorous competition. They are a legacy of the musicality and human spirit which my father fervently embodied.

« Berlin Phil concertmaster is given a new car