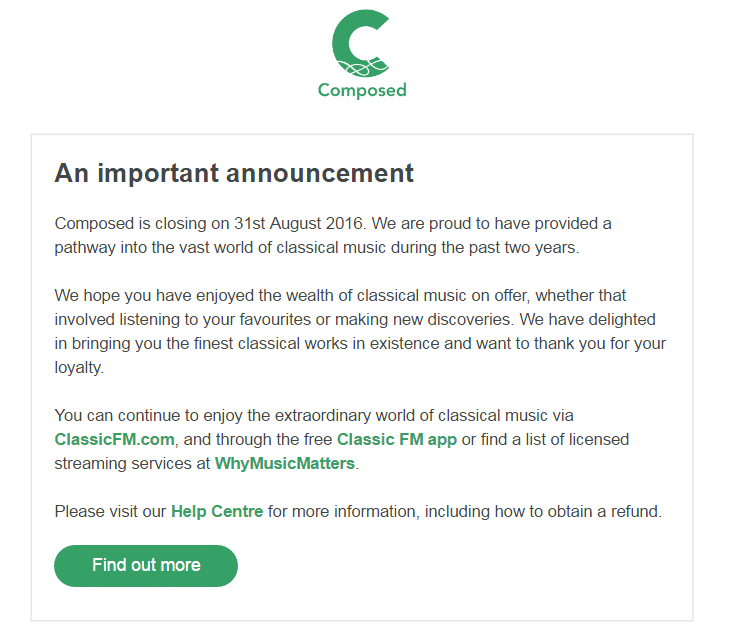 Composed.com, a joint streaming venture between Classic FM and Universal Music, is shutting down at the end of the month.

The site allowed subscribers access to a portion of the Universal classical catalogue, but its uptake never fulfilled the initial hopes after an expensive launch and a decision was taken in the past couple of weeks to pull the plug.

Some analysts reckon the fit was wrong. ClassicFM users tend to be passive. Streaming seekers are active and highly selective. There is room in the market for a service of this sort, but not from this source.