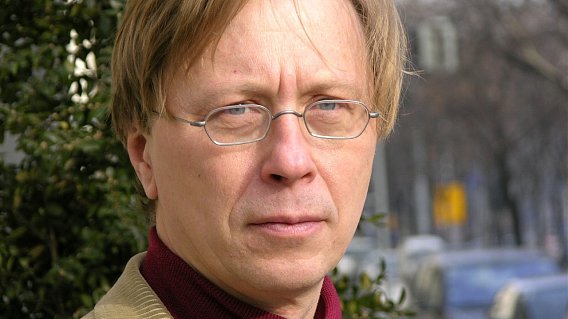 Ricordi have announced a deal with Georg Friedrich Haas, who outed himself earlier this year for bizarre sexual practices.

The things a composer has to do to get published these days.

Berlin, July, 08 2016. Ricordi Bühnen- und Musikverlag, Berlin, is pleased to announce a new publishing agreement with the internationally renowned composer Georg Friedrich Haas. In 2016 Ricordi Berlin will release three compositions: a work for choir and chamber orchestra called Three Pieces for Mollena, Haas’ Ninth String Quartet and a concerto for trombone and orchestra. Several new works are scheduled for 2017, including an orchestra piece for Berliner Philharmoniker, a new violin concerto and an ensemble work for Ensemble Resonanz which will be played on the occasion of the opening of Elbphilharmonie, the new concert hall in Hamburg.

Born in 1953 in Graz, Austria, Georg Friedrich Haas is one of the most important composers of his generation and has received numerous composition awards and was honored with the Grand Austrian State Prize in 2007. Georg Friedrich Haas has been commissioned by Berlin Philharmonic, Cleveland Orchestra, Leipzig Gewandhausorchester and the Bavarian Symphony Orchestra. Perhaps his most frequently performed work is his ensemble piece in vain, which is in part performed in complete darkness. In the 2015/16 season his opera Morgen und Abend (Morning and Evening) was given at Royal Opera House, Covent Garden, and at the Deutsche Oper Berlin. Georg Friedrich Haas lives in New York, where he is Professor of Music at Columbia University. He also continues as a professor at the Universität für Musik und darstellende Kunst Graz.