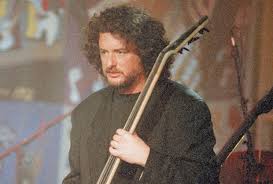 The bass virtuoso who hated what he was taught

Rob Wasserman, who has died at 64, longed to join the double-bass section of the San Francisco Symphony, but the teaching at SanFran Conservatory put him off.

‘I had these crusty old teachers that wanted to see things done a certain way, and I drove them crazy,’ he told Guitar.com. ‘I held my bow wrong and really sawed at the strings. I started coming up with my own approach to tonality, using an almost Indian sitar feel in moving from note to note. Basically everything that was interesting to me was going to make me not a very successful orchestral player.’