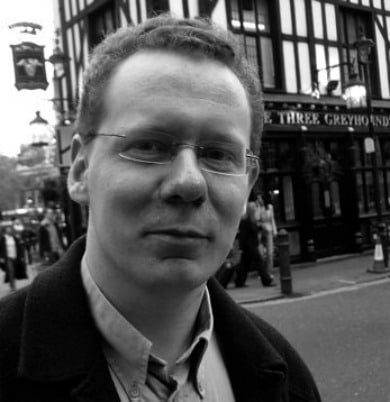 The rightwing UK weekly assumes a wilfully confrontational tone, but this week’s assault on the popular Welsh composer Karl Jenkins descends to the coprophiliac epistolary expressions of W. A. Mozart at his most puerile.

The critic is Philip Clark. Here’s the nub of his review of the 2,000th (sic) performance of Karl Jenkins’ The Armed Man – a Mass for Peace’:

Jenkins’ music has always been, and probably always will be, utter crap.

If you believe ‘crap’ to be unworthy of the critical lexicon, no word could be more apt. Believe me, nothing would have given me greater pleasure than going on record in calling his music shit. But to do so would be to imbue the Jenkins oeuvre with a whiffy pungency it palpably lacks. Some music is genuinely shit. Other music has a state of shitness thrust upon it – but the best shit music has at least tried to hit some aesthetic or technical goal that ultimately proved beyond it. But Jenkins’ jingles have no goal or ambition.And so, through no fault of its own, crap – that nondescript, expressively done to death, meaningless descriptor – turns out to be the only possible word left to convey the horror of Jenkins’ music and everything that surrounds it.

Clark, one imagines, wrote those words long before he attended a concert which no-one required him to attend. In a fellowship application, Clark writes of himself: ‘Aware of the over-use of stock phraseology in music journalism Clark has tried to produce writing that plays with the form and teases reader expectations.’

Here he is playing with human evacuations, taking a dump on an event that gave simple pleasure to thousands – and for no reason better than earning an utterly pitiful fee. Full review here.

This week, music criticism in print newspapers took a step towards the cesspit.