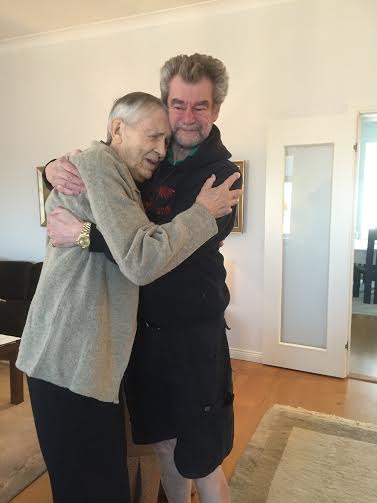 Parting hug of a great composer

The BIS owner Robert von Bahr has sent us this reminiscence and fond farewell from his recent meeting with the Finnish composer Einojuhani Rautavaara, who has died aged 87.

Interesting that Norman would mention the Flute Concerto from 1975. It is a work, with which I feel particularly at home, since it was I, who commissioned it (and paid for out of my own pocket). It is dedicated to my first wife, Gunilla, who premièred it in the Nordic Music Days in Reykjavík, Iceland, but never recorded it. Composed for a flautist with all four flutes, from piccolo to bass flute in C, it is an intensely personal work, setting many moods, all very typically Finnish. It was later re-written as a version for a flautist without the rare bass flute, using “only” the upper three.

As chance had it, Sharon Bezaly von Bahr recorded it (both versions!) and I had the immense pleasure of presenting the brand new SACD:s to Einojuhani a couple of months ago. He was then in a rather bad shape and had difficulties in talking, but there was no hiding away the fact that he immensely enjoyed the record and the about one-hour long visit from a friend that went back over 40 years.