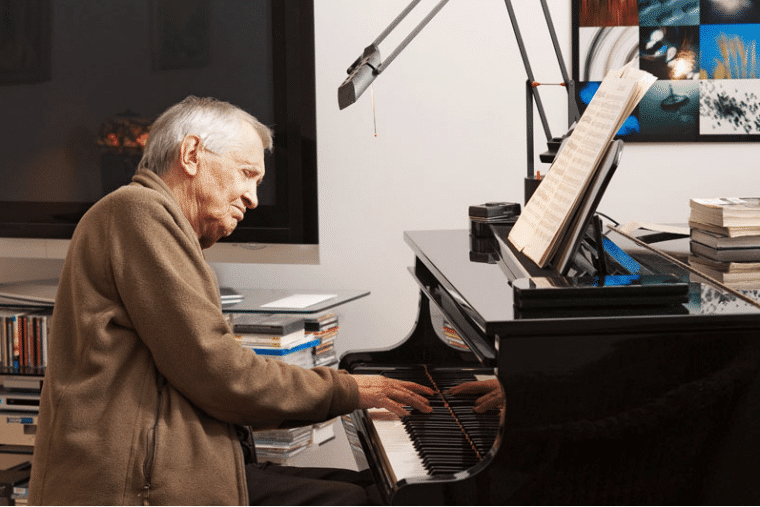 My abiding memory of Einojuhani Rautavaara, who died last night at 87, is of lunch at what was once the tallest restaurant in Helsinki.

It had been the regular haunt of General Mannerheim, who led Finland in two winter wars against the Russians, and the menu was appropriately spartan – reindeer meat, or salmon, with boiled potatoes.

Rautavaara, who had lived through the two wars, chose the venue for its menu and its symbolism. I warmed to his frugality. We talked a lot about Jean Sibelius, who took a keen interest in young Finnish composers and demanded to meet Rautavaara before he left to study in the US. They had a long conversation at Ainola, among other things about Sibelius’s unseen eighth symphony.

Rautavaara got the impression that Sibelius had burned the score during the first Winter War because he feared it was not good enough, and that anything less than his best would weaken Finnish morale and international support. This remains the most credible explanation I have heard for the composer’s act of destruction.

Talking of his own music, Rautavaara said he had explored several styles, from serialism to minimalism, taking what he wanted and never subscribing to any creed. Several of his works achieved international success but I felt he was happiest with an intense opera about a 19th century poet, Aleksis Kivi, who made Finnish a literary language. I saw it at Savonlinna and loved the interplay of text and music, knowing the opera would never travel. Like its composer and his subject, it was quintessentially Finnish.

The Helsinki record producer Joel Valkila, who worked with Rautavaara this year on what will turn out to be his last CD, tells me that the verses he chose for the album contained several notes of farewell:
And, as the cock crew, those who stood before

The tavern shouted: “Open then the door!”

“You know how little time we have to stay,

and once departed may return no more.

You know how little time we have to stay,

and once departed may return no more.”

UPDATE: Another memoir, from Peter Dobrin.