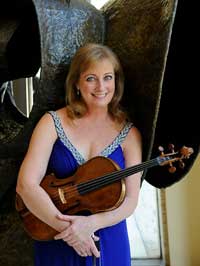 The NY Phil commissioned a concerto for its principal viola, Cynthia Phelps, from the composer Julia Adolphe.

A Lincoln Center world premiere was scheduled for November.

Phelps’s representative asked Gerard Schwarz, music director of the Eastern Music Festival, if she could premiere the concerto this weekend with the EMF’s faculty orchestra in Greensboro, North Carolina.

Schwarz agreed – why not? – to an unsought feather in his festival’s cap.

But why did the NY Phil give up its first-night rights so lightly?

Has the chance of presenting a world premiere lost all of its New York prestige?

Watch Yo Yo Ma in (unstrictly) Come Dancing »