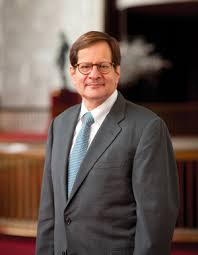 Stewart Pearce, who gave his entire working life to the Metropolitan Opera, has died after a brief illness.

He was chief executive of the Met Opera Guild from 2010 to 2015. In his previous role, as assistant operations manager at the Met, he was helpful to many singers.

Peter Gelb and James Levine have posted this notice:

The Metropolitan Opera mourns the death of our dear friend and colleague Stewart Pearce, whose Met career spanned 39 years from 1976, when he began at the Metropolitan Opera Guild as an intern, to his retirement in 2015 as Managing Director of the Guild. From 1982 he worked for the Metropolitan Opera Association in various business-related capacities, and was Assistant Manager of the Met from 1997 to 2014. The wide scope of his experience with the company included finance and budgeting, marketing, fundraising, and operations management. Few administrators in the Met’s history have had such varied responsibilities, and Stewart’s knowledge of the Met and how it worked was second to none. He was tapped by succeeding general managers to tackle some of the company’s biggest administrative challenges, and he consistently carried out his tasks with efficiency, tact, precision, and an unflappable calm that earned him everyone’s admiration and affection. Stewart loved opera and loved the Met. He played one of the most important roles in the Met’s administration, perhaps invisible to the general public, but essential to making our company run smoothly. Stewart’s passing came much too soon, and his many friends and colleagues express their deepest condolences to his husband, Kevin, and to all those in and outside of the Opera House who will miss him dearly.