A former Turner Prize finalist Catherine Yass has marked the demolition of BBC TV Centre at White City by dangling a piano over the site.

That pretty much sums up the present state of the conceptual arts. 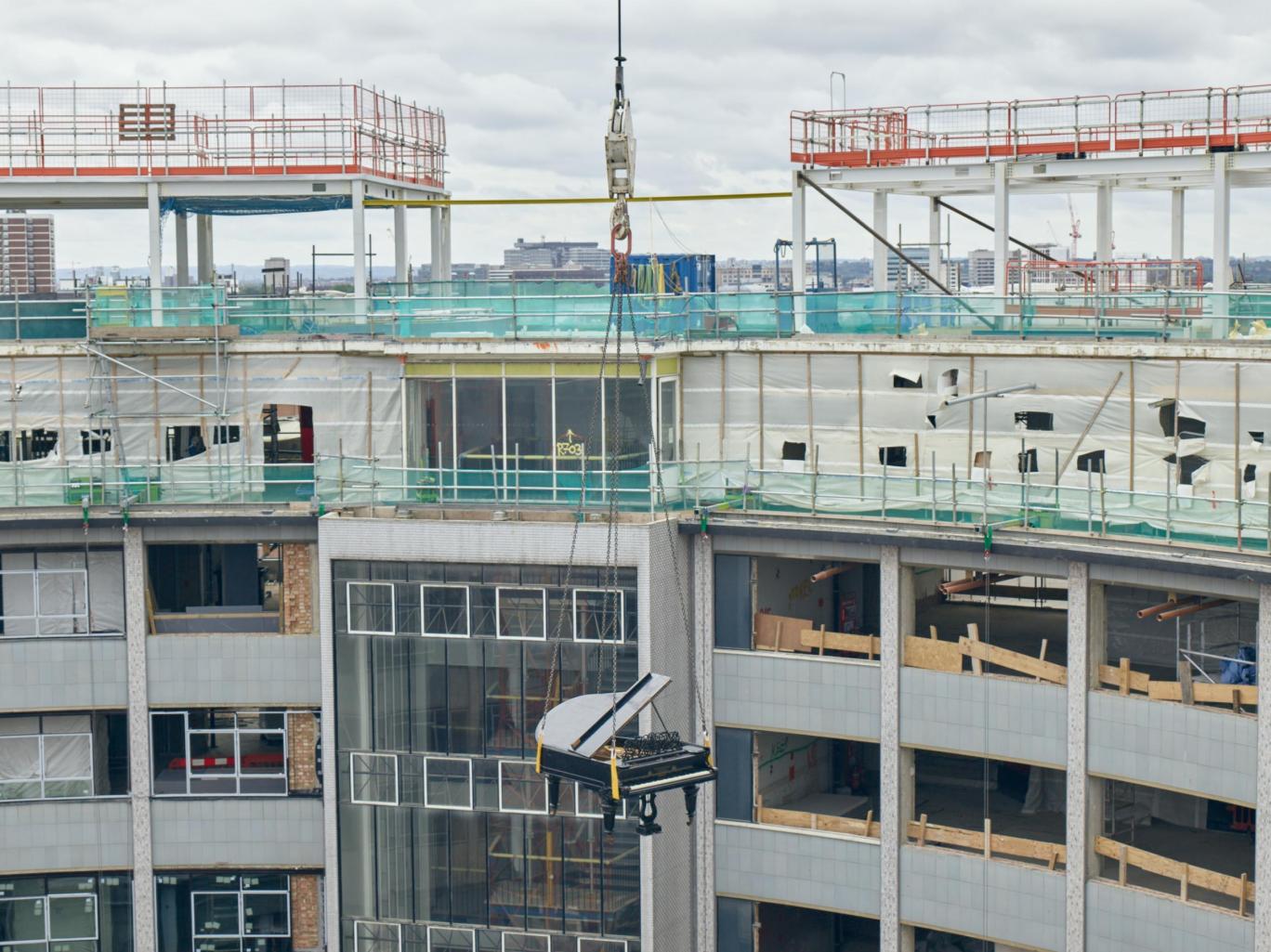 The ES reports: Catherine Yass was one of eight artists-in-residence who were asked to come up with work reflecting the history of the former BBC site in west London…