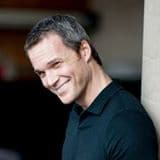 Ryan McKinny, Amfortas in the new Bayreuth production, has authorised Slipped Disc to publish his insights on the troubling opera. 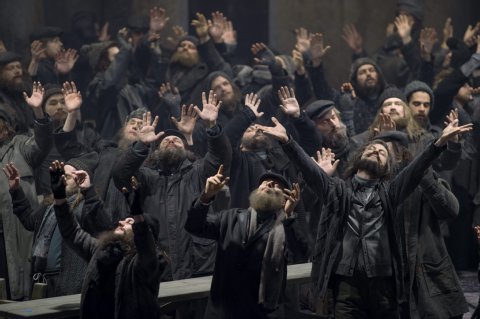 Why We Need Parsifal

Durch Mitleid wissend. Through compassion, understanding. This phrase has been in my ear for the last six weeks, as I prepare to sing the role of Amfortas in Richard Wagner’s Parsifal in the opera house it was composed for, the Bayreuther Festspielhaus. That phrase keeps sticking with me. So much of our world seems to be in chaos. Anger and suffering fill our screens, and we are told time and again that if we just hate the right person, or group of people, we can destroy them and our own suffering will cease. No compassion or understanding required, only dogma. Of course, as a bone fide anti-semite and misogynist, Wagner himself peddled that same solution. Klingsor, like other antagonists in Wagners operas is projected as “other” and therefore evil. And Kundry, the only main character who is female, is forced into the age-old trope that women brought evil itself into the world.

But Wagner’s music tells a different story, despite his worst intentions. I’ve always felt that somehow Wagner himself struggled to understand his own music, often trying to shoehorn it into his world view. He seemed to be battling his demons through his libretti. The music itself, however, refuses to be so small. Klingsor’s music, like that of Alberich in the Ring, another character defined by his otherness, has an incredible sympathy inside it, and it creates a character full of humanity, both good and bad. The music tells us that while Klingsor may be the source of other characters suffering, he himself suffers. Kundrys music portrays the pain of womanhood from the beginning of time; sometimes as mother, sometimes as lover and always as a human being. You cannot help but empathize with her through her music. And when I hear the searing prelude to Parsifal, I feel as if the music connects me not only to all the other people in the room, but to all the people that have ever existed or ever will exist. All the joy and suffering of humanity distilled into sound. Beyond words.

I frequently feel distressed that this art form is too often reserved for the wealthy and powerful. But in this case, I think the wealthy and powerful are maybe the ones that need to hear this music the most. Those who struggle with war and poverty on a daily basis are no strangers to suffering, while those of us experiencing music-theater in Bayreuth are some of the most privileged people in this world. We, who spend our days on the Green Hill this summer, are in a unique position to shape the world we live in. I hope this music reaches us. I hope we can feel compassion for our own suffering, for Amfortas’ suffering, for the suffering of the world. And through that compassion, gain some understanding.

The Met’s principal trumpet on his long, long waits »