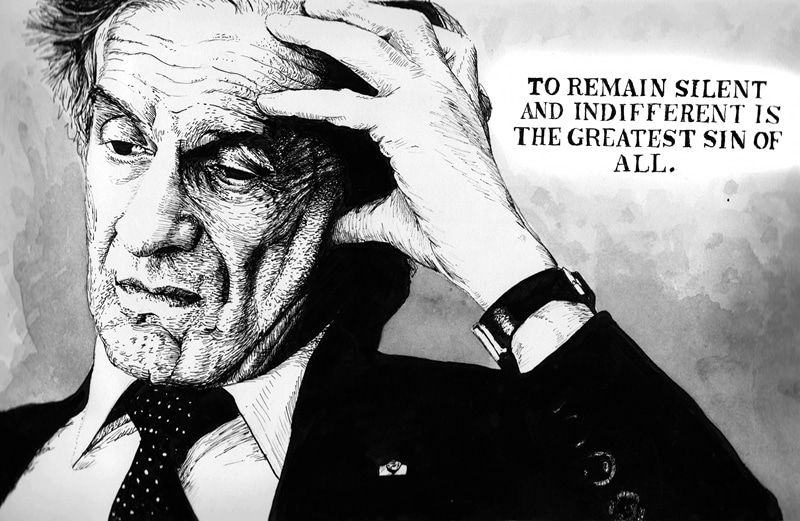 We struck up conversations with our neighbors, the musicians. Almost all of them were Jews. Juliek, a Pole with eyeglasses and a cynical smile in a pale face. Louis, a native of Holland, a well known violinist. He complained that they would not let him play Beethoven; Jews were not allowed to play German music. Hans, the young man from Berlin, was full of wit. The foreman was a Pole: Franek, a former student in Warsaw.