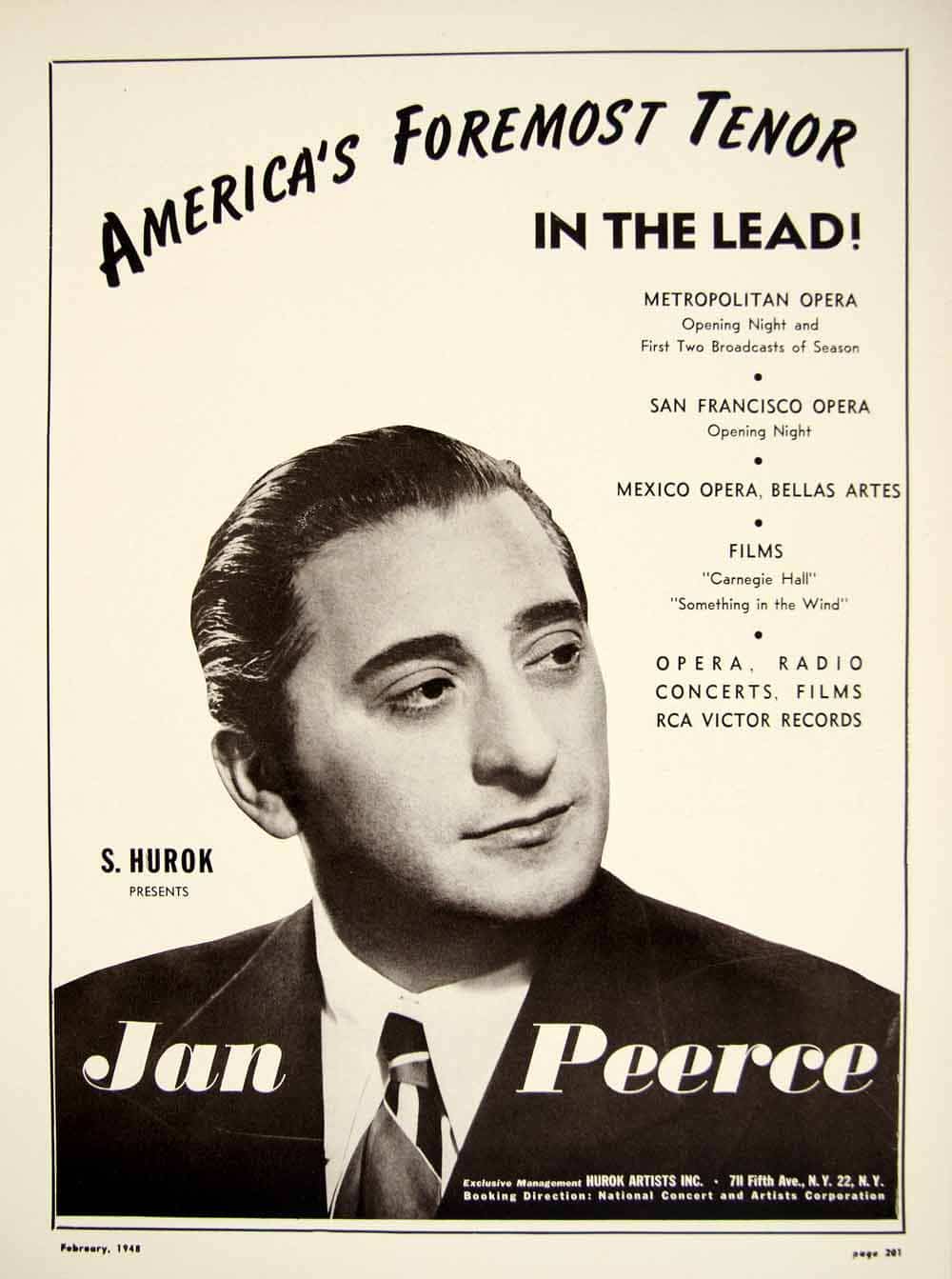 Did a Jan Peerce recital trigger the Soviet Jewish revival?

This weekend’s long read is an absorbing article in Tablet magazine, marking the 60th anniversary of a landmark recital by an American-Jewish tenor in Moscow. Jan Peerce was a star of the Metropolitan Opera, an ambassador of America’s cultural diplomacy. But he made no secret of his Jewish identity and would reach out to Jews in his audience with songs in Hebrew and Yiddish.

The song that hit home and kindled the Jewish revival is said to have been the last of his Yiddish encores, a Chasidic rabbi’s battle with God (text here),:

Peerce’s concert and synagogue appearance soon became the stuff of legend for Soviet Jews. When he toured Israel two years later, he was greeted by emotionally overwhelmed recent immigrants who told him how they had waited all night in the cold in Moscow to hear him. His prayers, they insisted, had helped them reach Israel. Subsequent concerts by other Israeli and Jewish artists had a similar effect. Soviet Jewish immigrants arriving in Israel in the 1960s and 1970s often pointed back to them as the key factor in their national awakenings.

In interviews afterwards, Peerce acknowledged his modest role in facilitating the revival of Jewish life in the Soviet Union. But he shied away from a heroic narrative. “It is not a question of going to Russia or any other place and becoming a rebel or a political leader,” he told one interviewer. “The idea is to give a handshake, a smile, the Yiddish vort, and to make them feel that we are brothers despite some of the limitations they may have in practicing our faith.” For him, this humble Jewish mission remained intertwined with his Americanness: “I travel as an American Jewish artist to show, first of all, that we do not hide our backgrounds; second of all, that we are products of America, and third of all, that we can produce something that is a credit too us as Americans and as Jews.” Most of all, though, he recognized the sustaining power of music. “Jewish and Hebrew songs” offered “ways and means of continuing Judaism” in the absence of access to education or true religious freedom.

« A chance to win 10 classical CDs/DVDs