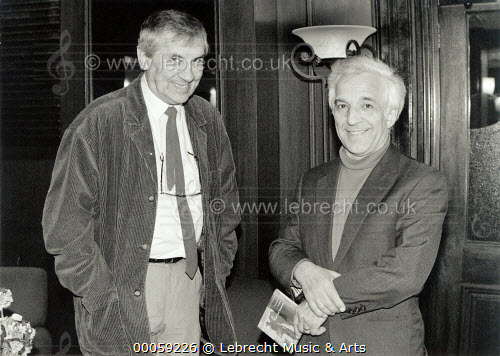 Death of a major composer

Finnish media report the death during the night of Einojuhani Rautavaara, at the age of 87.

The most widely performed Finnish symphonist after Sibelius, Rautavaara led the trend away from serialism with naturalistic, environmental works such as his Cantus Arcticus concerto for taped birdsong and orchestra (1972) and his flute concerto, Dances with Winds (1975).

His eight symphonies were recorded several times over and are frequently performed.

In a Slipped Disc poll of which composers would be performed half a century from now, he ranked among the top five.

The son of Eino Rautavaara, a founding bass at Finnish Opera, he was sent to finish his studies at Juilliard and Tanglewood, where he was impressed by Aaron Copland. He taught for most of his life at the Sibelius Academy in Helsinki. Of his eight operas, Vincent – on the life and death of Vincent Van Gogh – gained international exposure.

A reserved, phlegmatic man, Rautavaara composed as he pleased, joining no cliques or fads.

« More new music at Lucerne than at BBC Proms