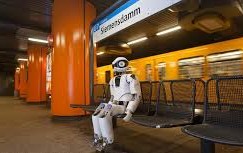 From the running blog of an anonymous American opera singer in Europe:

My male friends have also constantly relayed endless stories about working with directors that feel that because they are out of the closet that they can say any filthy thing they like to the new counter tenor.

“He says I’m gay and I don’t know it, he keeps touching me and whispering filthy things in my ear.”

If I was a mechanic, I could point to how fast I could change someone’s oil, or as a lawyer: a conviction rate.  But for us musicians, it’s just up to someone’s “idea” of what they think a role should sound like.  Even when you seemingly have the facts on your side.  (I’ll list some of these facts a little later to demonstrate my point.)