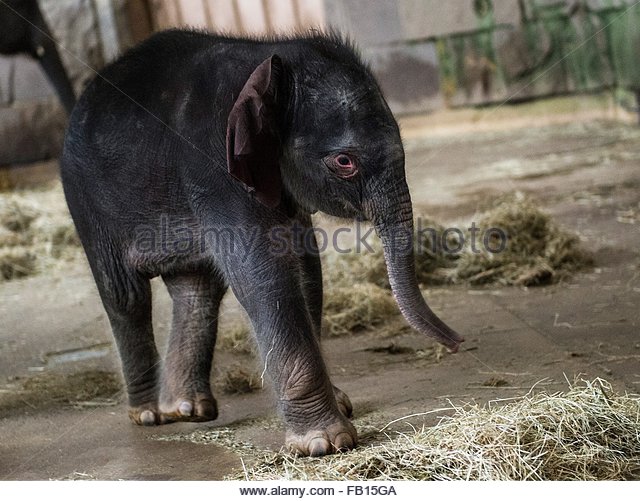 Notice from the League of American Orchestras:

The rules broaden access to travel permits, allow for domestic interstate commerce in musical instruments containing small quantities of ivory, and very helpfully clarify that legally-crafted musical instruments are not contributing to the African elephant poaching and trafficking crisis.

In announcing the rules to reverse current travel restrictions and provide opportunities for ongoing domestic interstate commerce in musical instruments, the USFWS stated that, “We listened carefully to the legitimate concerns raised by various stakeholder groups and, as a result, are allowing commonsense, narrow exceptions for musicians, musical instrument makers and dealers…to trade items that have minimal amounts of ivory and satisfy other conditions. These items are not drivers of elephant poaching and do not provide cover for traffickers.”

Here are highlights of the new ivory rules, as they relate to musical instruments. Note that the new rules for African elephant ivory are distinct from those for Asian elephant ivory, which is under a higher level of protection. The first step for musicians is to verify the type of ivory in their instruments. Further detail is also available in an extensive USFWS guide, “What Can I do with My Ivory.”

For the requirement that the instrument be “securely marked” or “uniquely identified,” USFWS explains in the rules that “a photograph may be used to identify an item, in place of a mark, as long as the photograph allows a border official to verify that the certificate and the item correspond.”

Further requests of the music community related to easing international travel restrictions will be under consideration in separate U.S. rulemaking procedures, and as CITES is renegotiated in 2016.

Among the variety of musical instruments that have been previously made with small quantities of African elephant ivory, the most common are bows used for stringed instruments, which may have a piece of finished ivory on the protective tip. The quantity of ivory in a bow tip weighs on average 0.25 grams. Embellishments on bassoons and stringed instruments, and the veneer of piano keys use larger quantities and many are expected to fall within this limit. Some bagpipes and instruments with multiple keyboards, however, may fall outside this 200-gram threshold.

The rules clarify that they are specific to African elephant ivory, and do not apply to mammoth ivory or other species.

The rules also state, “We will not require ivory components to be removed from an item to be weighed.”

The USFWS has produced a photo gallery on how to help estimate the size of ivory content weighing less than 200 grams. Their Q & A on the final rules offers the following illustration:

“When we proposed the 200-gram limit we had a particular suite of items in mind. The following types of items may qualify for the de minimis exception: many musical instruments (including many keyboard instruments, with ivory keys, most stringed instruments and bows with ivory parts or decorations, and many bagpipes, bassoons and other wind instruments with ivory trim)… A piece of ivory that weighs 200 grams is slightly larger than a cue ball. The 200-gram limit is large enough to accommodate the white key veneers on an 88-key piano.”

The rules clarify how to know whether an item meets the requirements for establishing that the ivory is not the primary source of the item’s value:

“Value can be ascertained by comparing a similar item that does not contain ivory to one that does (for example, comparing the price of a basket with ivory trim/decoration to the price of a similar basket without ivory components). Though not required, a qualified appraisal or another method of documenting the value of the item and the relative value of the ivory component, including, as noted above, information in catalogs, price lists, and other similar materials, can also be used.”

The final rules helpfully clarify that parts that are integral to a musical instrument, but are not “fixed” to it will meet the de minimis requirements:

“We added the words “or integral” to the criterion in paragraph (e)(3) that describes the ivory being a fixed component of a larger manufactured or handcrafted item to cover items that have small ivory pieces that can be easily removed (like nuts or pegs on some wooden tools or instruments).”

The USFWS makes the following clarification regarding documentation requirements for commerce:

“If you wish to sell your African elephant ivory item across state lines (interstate commerce), you will need to be able to demonstrate that your ivory either qualifies as an ESA antique or meets the de minimis criteria.

You may sell your African elephant ivory items within a state (intrastate commerce) if you can demonstrate that your ivory was lawfully imported prior to the date that the species was listed in CITES Appendix I (January 18, 1990 for the African elephant). This proof could be in the form of a CITES pre-Convention certificate, a datable photo, a dated letter or other document referring to the item.

Check to make sure that you are also in compliance with local and state laws. Contact the state to check on their requirements.”

For antiques, USFWS says the following about confirming that an item is more than 100 years in age:

“We want to clarify that forensic testing is not necessarily required. Provenance and age may be determined through a detailed history of the item, including but not limited to, family photos, ethnographic fieldwork, art history publications, or other information that authenticates the article and assigns the work to a known period of time or, where possible, to a known artist or craftsman. A qualified appraisal or another method, including using information in catalogs, price lists, and other similar materials that document the age by establishing the origin of the item, can also be used.”

“To determine the appropriate legal framework for your elephant ivory, you first need to determine whether your items are made of African or Asian elephant ivory. Such proof can be in the form of a qualified appraisal or other documentation that demonstrates the identification of the species through a detailed provenance of the article.”

The preamble to the final rule clarifies, “We believe that taking an article across State lines for repair, for example, rightfully falls outside what is considered ‘commercial activity.’”

The rules include the following important clarification about the enforcement priorities related to the new rules:

“Our law enforcement focus under this rule will be to help eliminate elephant poaching by targeting persons engaged in or facilitating illegal ivory trade. While it is the responsibility of each citizen to understand and comply with the law, and that is our expectation with regard to this regulation, we do not foresee taking enforcement action against a person who has exercised due care and reasonably determined, in good faith, that an article complies with the de minimis requirements.”

The Q & A also offers the following example of how the rules would apply to musical instruments:

“I have a violin bow that contains a small amount of ivory. Under the proposed revisions, will I be able to sell the bow in the United States, export it for sale, or take it overseas for a concert?

If the bow meets the requirements for the de minimis exception, including that the ivory was removed from the wild prior to February 26, 1976, and that the total weight of the ivory is less than 200 grams you will be able to sell it in the United States.

If the bow qualifies as an ESA antique you will be able to export it for sale.

If the bow meets the requirements for import/export of a musical instrument, including that the ivory was removed from the wild prior to February 26, 1976, it is accompanied by a CITES musical instrument certificate or equivalent CITES document, the bow is securely marked or uniquely identified, and it will not be sold or otherwise transferred while outside the United States (see paragraph (e)(4) in the proposed rule text for details) you can travel with it internationally for personal use, including to perform in concert.”

The music community is fully committed to the goals of wildlife conservation and combating illegal trade in ivory and other protected species. The new rules present reasonable solutions that protect the domestic and international use of musicians’ tools of their trade, and preserve the use of historically and legally made instruments now and for future generations to come. The League is in ongoing dialogue with the Administration and key policy leaders to seek further solutions that address wildlife conservation goals while also protecting international musical activity that requires musicians to travel across borders with the tools of their trade.

In response to urgent appeals from the League and other national stakeholders, U.S. Fish and Wildlife agreed to ease the restrictions on musical instruments. Director’s Order 210 was amended on May 15, 2014 to allow travel with instruments purchased prior to February 25, 2014 that contain African elephant ivory.

As the Administration prepared to finalize rules related to a broad African elephant ivory ban, the League advanced the following requests:

New video: Why we can’t live without…. Satie »