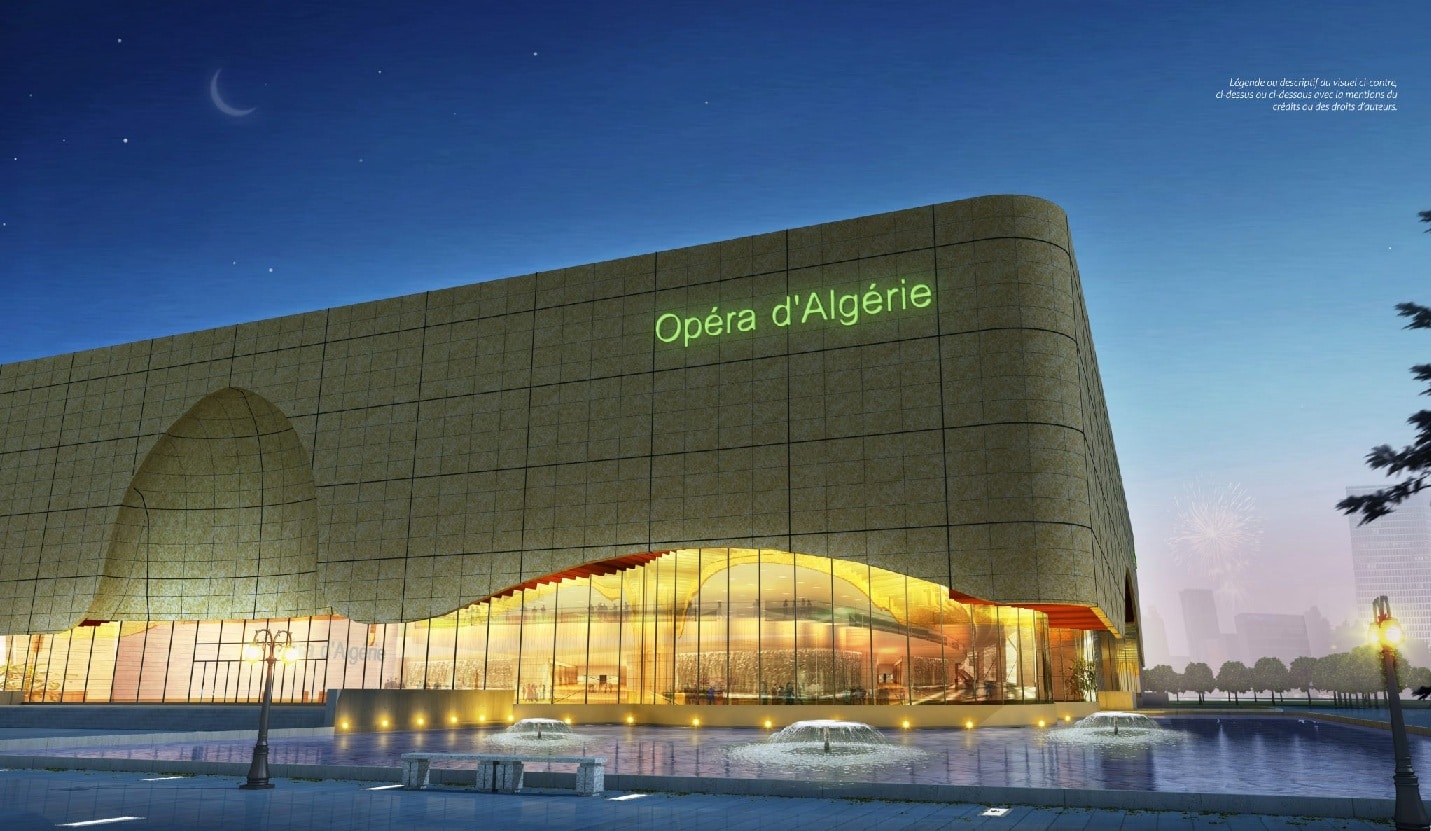 Algeria gets an opera house (but no opera)

Built as a gift from China, it will stage orchestral and traditional dance performances.

But no opera. Not even L’Italiana in Algeri.

The state religion is Islam.

« Inside our first string quartet fight

Whatever happened to Mozart’s little boy? »