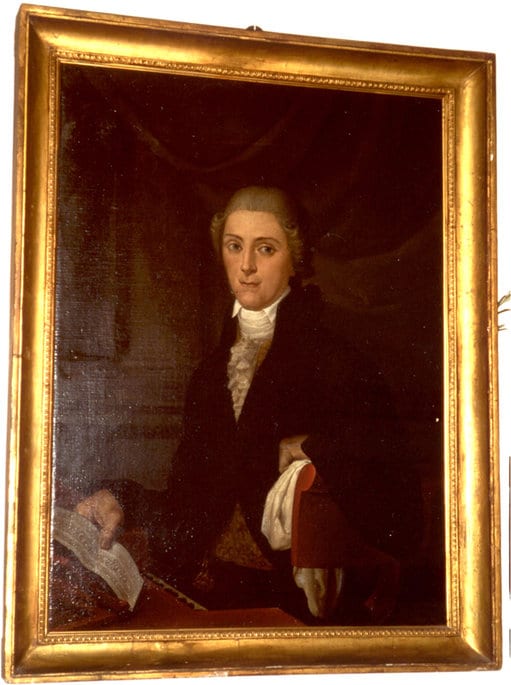 What happened when they exhumed a famous castrato

Three years ago, archaeologists dug up the remains of Gaspare Pacchierotti (1740-1821), one of the great mezzo castratos, vastly popular in Venice, Milan and London. ‘Pacchierotti’s voice was an extensive soprano, full and sweet in the highest degree: his powers of execution were great, but he had far too good taste and good sense to make a display of them where it would have been misapplied, … conscious that the chief delight of singing and his own supreme excellence lay in touching expression and exquisite pathos,’ according to a London observer.

Pachierotti was unusually tall – over six foot – and politically indiscreet. He was twice jailed for speaking his mind.

The archaeologists’ report has just been published; a summary can be read here.

The anthropological analysis of Paccherotti’s remains underlined the presence of many characteristics related to castration: high stature, open epiphyseal lines in the hips, lower cortical bone density related to vertebral fractures. That “castrati” were particularly tall has been known since antiquity, even Aristotle observed that “all animals, if operated on when young, become bigger than their unmutilated fellows”….

A correct postural attitude requires the cervical spine to be maintained in an erect position, in nuchal elongation, avoiding the lordosis, the extension and lifting of the jaw. This particular posture determined the progressive erosion of Pacchiarotti cervical vertebrae. A correct postural alignment of the head and neck, in fact, is a necessary element in the optimization of voice production. Finally, the great bodily size of Pacchiarotti, in particular of his chest, was positively associated with the power of his voice, described as an “extensive soprano”.

« Barenboim speaks out on Brexit