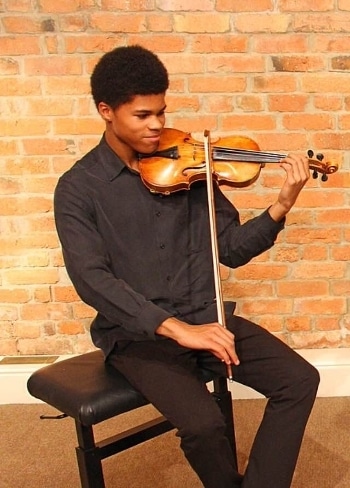 The Nottingham violinist Braimah Kanneh-Mason, 18, appeared on Britain’s Got Talent. Here‘s what he remembers:

In the semi-finals of Britain’s Got Talent, Simon Cowell said, ‘It’s nice to see you’re happy, because a lot of people are quite miserable when they play this kind of music.’ Of course, on stage I had to smile but I was thinking, ‘No, they’re not miserable. There’s concentration and there’s being miserable, and they are two different things.’

It’s a shame that classical music has the image of being middle class and very serious. There are a variety of reasons for it, one being that music is expensive, so you only get a certain type of people doing it. I think a lot of people just haven’t had a chance to just listen to it, especially young people.”