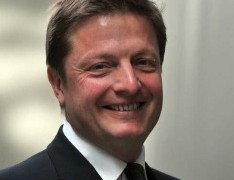 The three key tests of a Covent Garden chief

Alex Beard, chief executive of the Royal Opera House, tells Managment Today that he worries about his waistline, his divas and his seating capacity in the instant caption.

But, in an unusually candid and lengthy conversation, he discusses two deaths in the family as vital motivation:

He is the oldest son of an eminent plastic surgeon who worked in Manchester and Preston specialising in burns, and a flute teacher. His father, Charles, sang the ‘Vivat, vivat Regina’ solo at the Queen’s Coronation but died at the age of 42 from inoperable lung cancer. Alex was doing his A levels.

‘He was diagnosed at Christmas and died in November,’ he recalls. ‘During his life we got on but hardly spent any time together. He worked the whole time. I was at school. During the year of his death we grew close. Went sailing. Our relationship was conditioned by the fact he was going to die. This was slightly strange. I behaved in classic fashion after his death by putting it all in a box and locking it away. It took me a long time to comes to terms with it – I drifted a lot for the next few years, never going completely off the rails… no smack, or anything. But I had a pretty poor sense of who I was, what I wanted to be. It was a dark decade.’